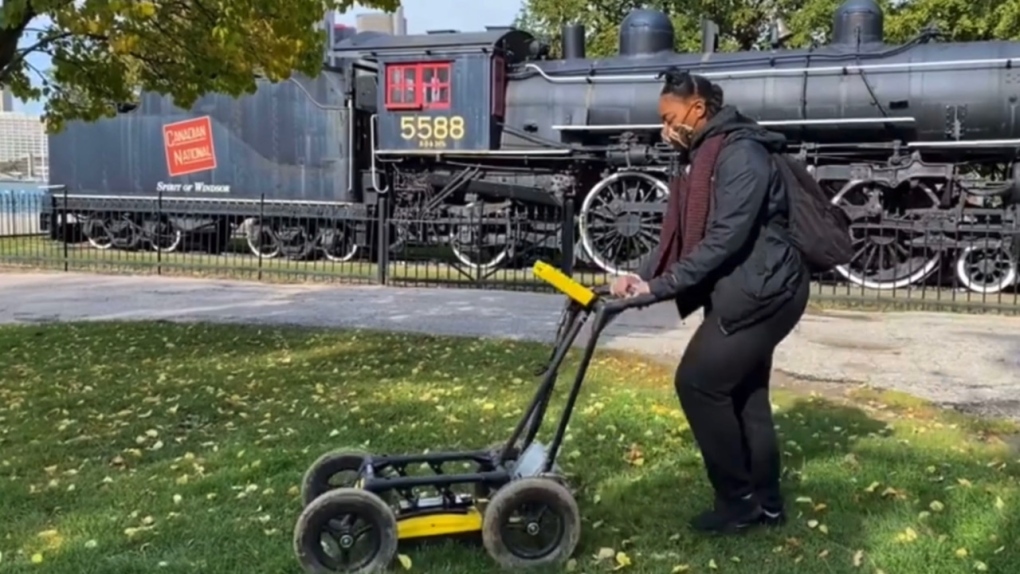 WINDSOR, ONT. -- The City of Windsor is searching for an unmarked mass grave with the help of the University of Windsor.

The burial site is believed to be somewhere along the Detroit River between Walkerville and the downtown core — dating back to 1854 following an outbreak of cholera.

“This is one where as far as I knew, no one had actually looked,” said University of Windsor Associate Professor Dr. Maria Cioppa.

She says geophysics is being used by a team of students to try and reveal the unmarked grave which is believed to have more than five dozen bodies.

“It’s like a puzzle and the thought that you have 64 people buried in a mass grave and you don’t know where they are, it makes me sad,” Cioppa said.

Researchers believe the two top locations could be under the parking lot next to the Spirit of Windsor, or west of Hiram Walker, near Lincoln Rd., Gladstone Ave., and Moy Ave.

“Records suggest that the warehouse or the people who were being cared for was near Moy and they were buried very close to there,” Cioppa said.

Windsor Mayor Drew Dilkens brought attention to the initiative through social media, saying research revealed the deadly breakout happened following the opening of the railroad. A convoy of more than 60 immigrants died following exposure to the disease.

“We are determined to find the location not to relocate the deceased, but to mark the location with an appropriate memorial,” he said.

Dilkens believes the outbreak is an important time in Windsor’s local history, drawing comparisons to the current COVID-19 global pandemic.

“There is no doubt we have faced many challenging times and I believe our community has certainly become stronger and healthier and smarter because of these experiences,” he says.

Local history enthusiasts, like Sarah Morris, are eager to see some closure on a dark distant chapter of the region’s past.

“You don’t want to say exciting when it comes to something like this,” Morris said. “But it’s something that is really great to hear for the region that we’re recognizing that a lot of lives were lost many years ago."