Unifor still working to save third shift at Windsor Assembly 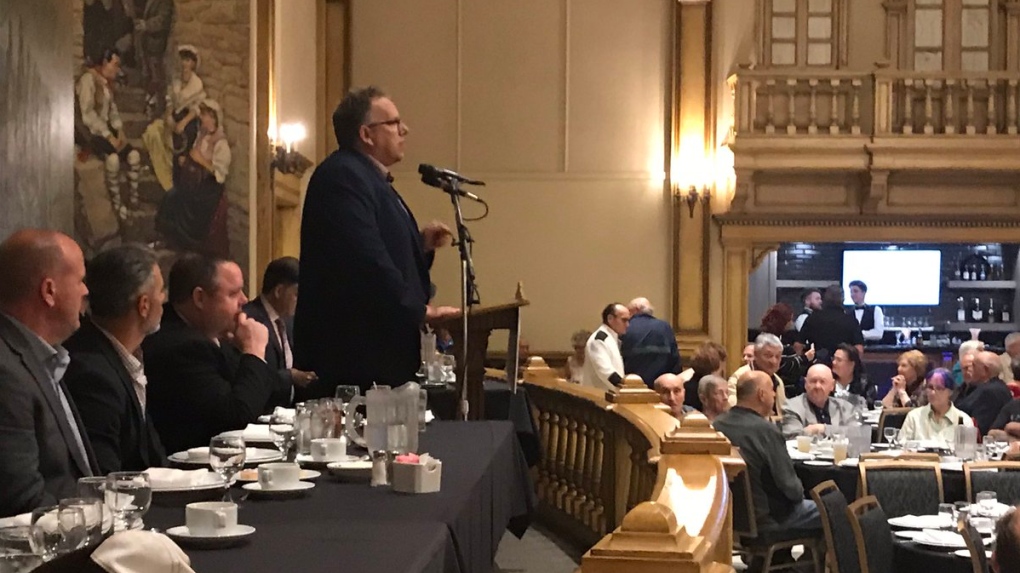 Unifor 444 president David Cassidy speaks to members at the annual spring banquet at the Ciocaro Club in Windsor, Ont., on Wednesday May 23, 2019. (Angelo Aversa / CTV Windsor)

The union representing 6,000 employees at the Windsor Assembly Plant continues to push for government support.

Unifor 444 president David Cassidy says Windsor Assembly is still maintaining and building the best products even if FCA is eliminating the third shift at the end of September, putting 1,500 employees out of work.

Fiat Chrysler says the decision was made “in order to better align production with global demand.”

Sales of the Windsor-built Pacifica dropped 63 per cent from January to April this year compared to the same period in 2018. Sales of the Dodge Grand Caravan were down 56 per cent in April from the same month last year, and sales for the year have dropped 28 per cent.

Unifor announced in April that FCA is investing $355 million in the Windsor Assembly Plant after a productive meeting with company officials in Toronto. But the investment would not save the third shift at the facility.

At the union’s annual spring banquet at the Ciociaro Club on Wednesday, Cassidy said they continue to meet with FCA about saving the third shift.

But he also said they need more support from all levels of government to save jobs.

Cassidy noted the new investment by FCA in Detroit, where city council this week approved land deals and community benefits agreements to pave the way for a new, $1.6 billion assembly plant.

“The Canadian government needs to pay attention to this,” said Cassidy. “We have 5,000 jobs right across the ditch that FCA is adding”

Cassidy feels that investment can happen in Windsor with government support.

“It's very important that they continue to look at that,” added Cassidy. “We need to make sure we keep manufacturing alive and strong here. They need to help out.”

When operating at full volume, the Windsor plant produces nearly 1,500 minivans per day.