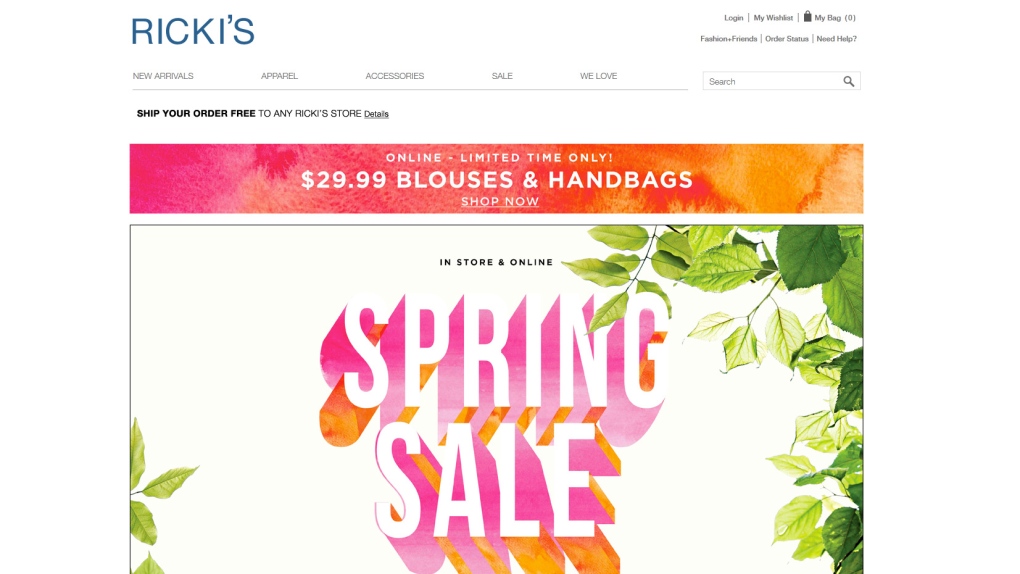 MISSISSAUGA, Ont. -- The parent of Canadian fashion retailers Ricki's, Bootlegger and Cleo says it plans to close some underperforming stores over the next 30 days and will review corporate staffing levels under court protection from creditors.

Comark has more than 300 specialty fashion stores under the three banners.

It didn't specify how many locations would be closed but said all three banners would be affected.

Its president and CEO says Comark has the support of its lenders and shareholders and it's committed to emerging from creditor protection as a more competitive company in stronger financial condition.

Comark said its senior and divisional managers responsible for day-to-day operations during the restructuring.

Alvarez & Marsal Canada has been appointed as monitor under the Canadian Companies' Creditors Act.