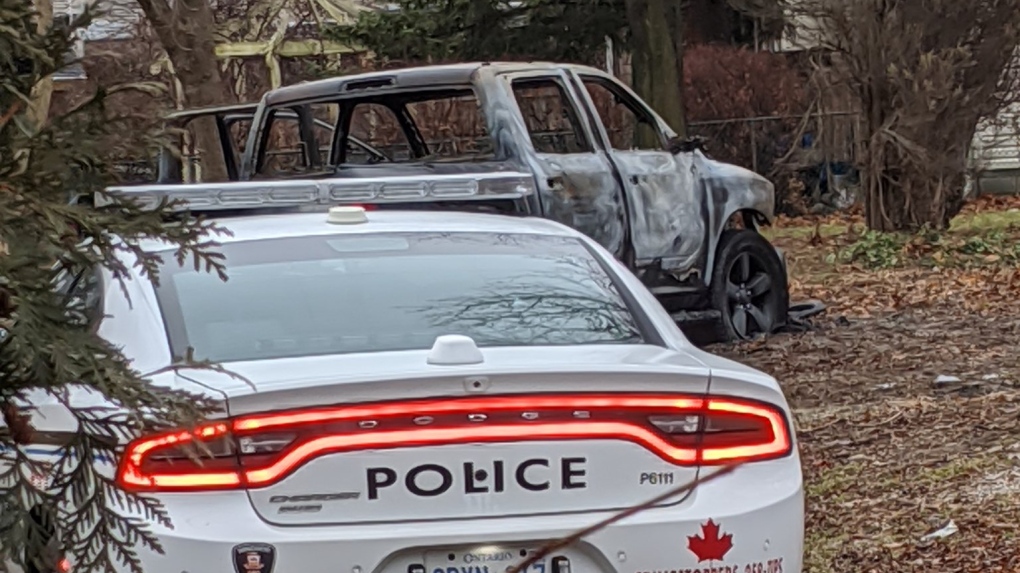 WINDSOR -- Two Windsor men are facing arson and theft charges after police say they found a stolen vehicle on fire.

Officers responded to Walker Road and Grand Marais Road East for a vehicle fire on Sunday at 8:30 am.

Through investigation, officers believed the incident may be related to a previous call where a stolen vehicle was reportedly heading to the Windsor area from another jurisdiction.

When officers arrived on scene, firefighters were extinguishing the fire to a black Dodge Ram. Police say it was the stolen vehicle in question.

No injuries were reported in relation to the fire, but it was later determined to be arson.

Two men were seen running from the area of the vehicle fire.

A canine unit attended and searched the area for suspects. The police dog tracked to a location in the 2900 block of Walker Road, where it is believed the suspects then entered a vehicle and fled the area.

Through Investigation, officers learned the suspects went to a business in the stolen vehicle prior to the vehicle fire.

Around 12 p.m., the suspects were arrested without incident in the 1200 block of Monmouth Road.

On fire around 7 am. pic.twitter.com/vcyuD775r0