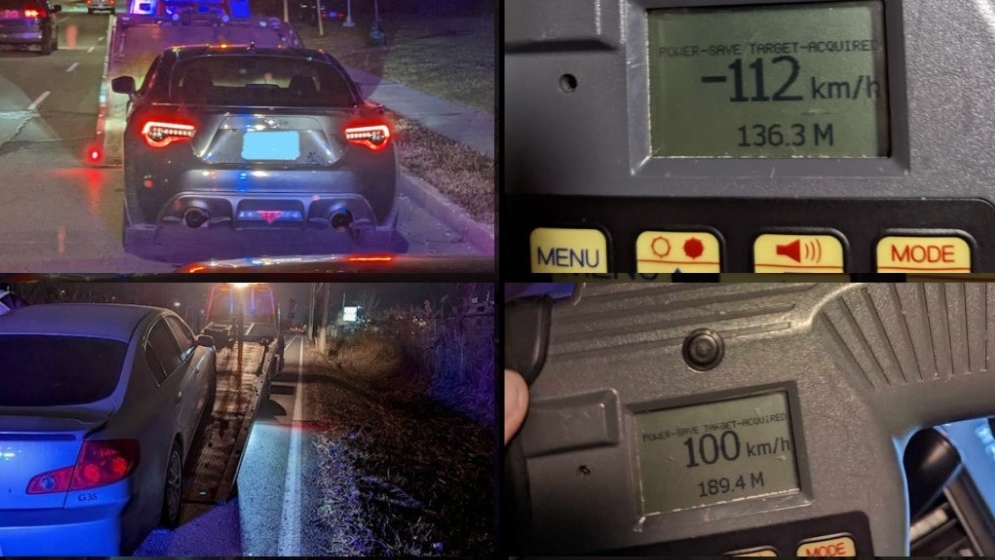 The Traffic Enforcement Unit stopped the two vehicles for stunt driving on Wednesday.

Police say both drivers were in posted 50 kilometre per hour zones when caught doing at least double the speed limit.