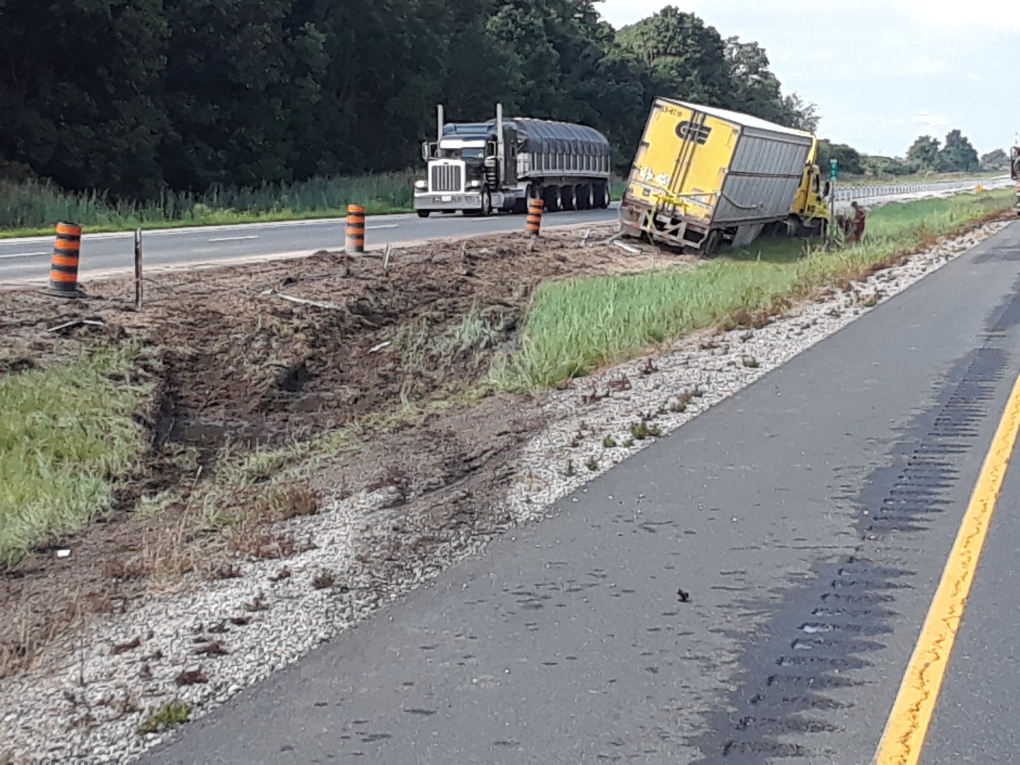 Police responded to a rollover crash around 12:30 a.m. Saturday on the highway near Kenesserie Road.

They say due to road conditions, an eastbound pickup truck, carrying an engine lost control, struck the centre median cable barrier and rolled over.

This caused the engine to dislodge and land in the westbound lanes.

A westbound tractor trailer collided with the engine, lost control and struck the centre median barrier.

OPP say both vehicles were prevented from crossing through the centre median by the barrier, reducing the potential for a crossover collision.

Highway 401 was closed for approximately 12 hours to allow for clean-up of the scene.