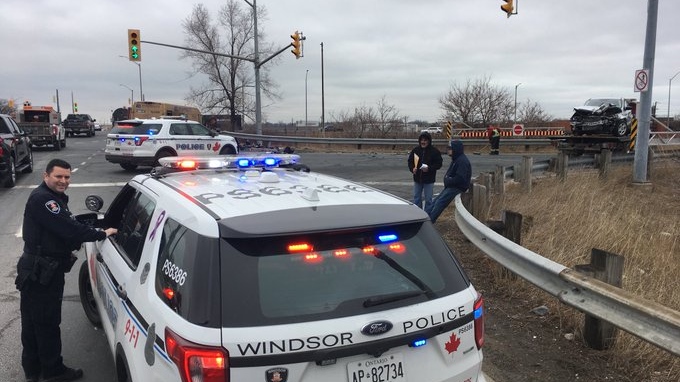 WINDSOR -- Windsor police were called to a two-vehicle crash on Central Avenue at E.C. Row Expressway.

Police say there were no major injuries.

Central Avenue was blocked on the overpass for cleanup. At least one of the cars had to be towed away.