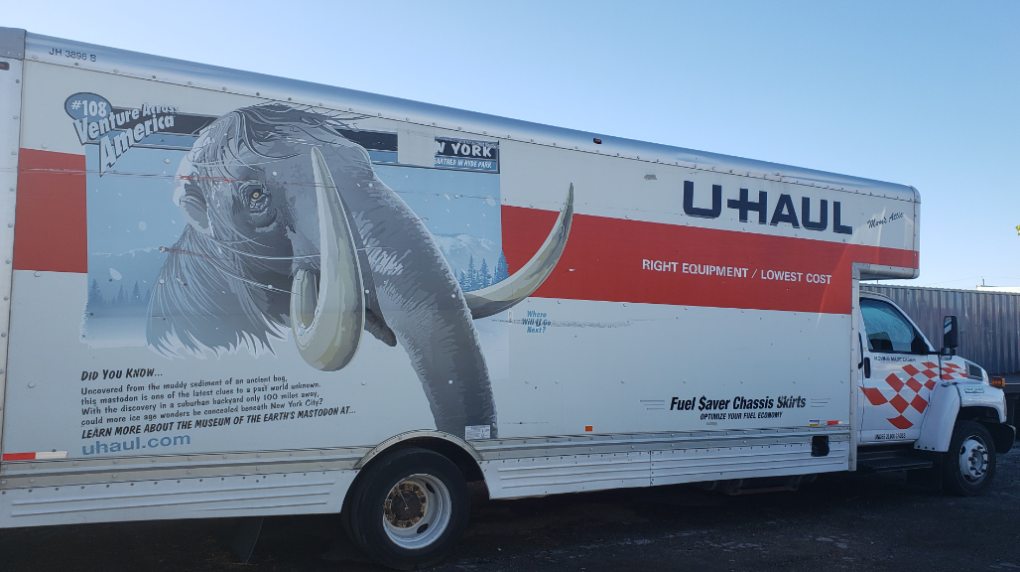 A U-Haul that was reported stolen in Tecumseh, Ont. (Courtesy OPP)

WINDSOR, ONT. -- Essex County OPP are looking for suspects after two U-Haul trucks were stolen from a commercial lot in Tecumseh.

Police say the theft took place in the 5000 block of Walker Road over the Thanksgiving weekend.

It was determined that during the early morning hours on Sunday to Monday, unknown suspects attended the address and forcibly removed two 26 foot U-Haul vehicles that contained various amounts of property.

Police are asking for the public's help with this investigation and is asking anyone in the area with video surveillance cameras that may have captured the suspects, vehicles or suspicious activity, to contact the OPP at 1-888-310-1122.

The vehicles that were stolen have been located and police are continuing to investigate.

The vehicles are described as the following: