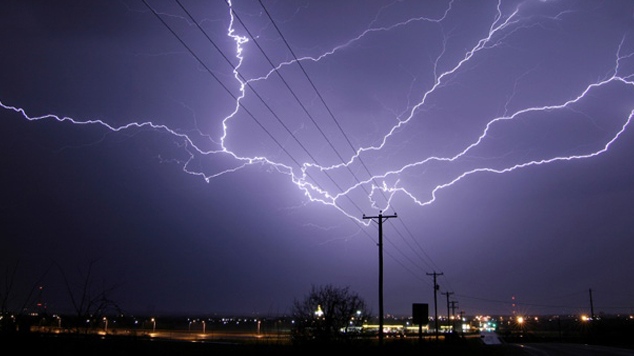 One twister wrecked trees and caused roof damage to some homes in Windsor, close to the Ellis Street and Pierre Avenue area.

It is the lowest rating on the Enhanced Fujita Scale, the meteorological standard for determining the wind strength of twisters. Wind velocities are determined by an inspection of the severity of damage caused by the twister.

The second tornado hit the Leamington area. It is rated as a slightly stronger EF-1, with wind speeds estimated to have reached 145 km/h.

The tornado touched down at County Road 18 between Highway 77 and Albuna Townline. There was damage to trees and greenhouses in the immediate area.

There were no major casualties reported with either event.

The environmental assessment of the events is still ongoing.