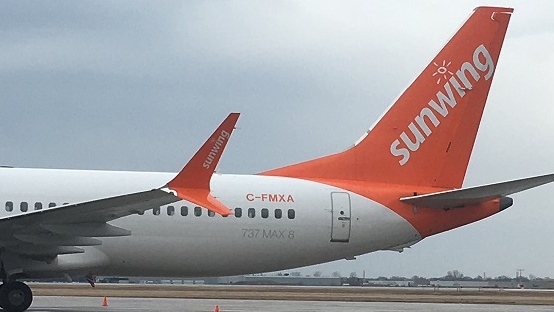 TORONTO - Two Sunwing Airlines employees have been accused of smuggling drugs from various Caribbean countries into Canada in a drug-trafficking ring that RCMP allege operated out of Toronto's Pearson airport.

The Mounties said Friday that raids conducted in the Greater Toronto Area earlier this week infiltrated several groups, including the airport operation, that allegedly trafficked cocaine, fentanyl and other drugs.

As a result, the Sunwing employees and nine others are facing more than 40 drug-related charges between them, investigators said.

The airline workers have been with the company several years and are charged with attempting to import cocaine and trafficking cocaine, RCMP said.

Sunwing said in a statement that the two employees have been suspended without pay "pending the completion of the legal proceedings.''

The airline also said the employees' access to Sunwing offices and all other company and airport facilities has been revoked along with their security clearance.