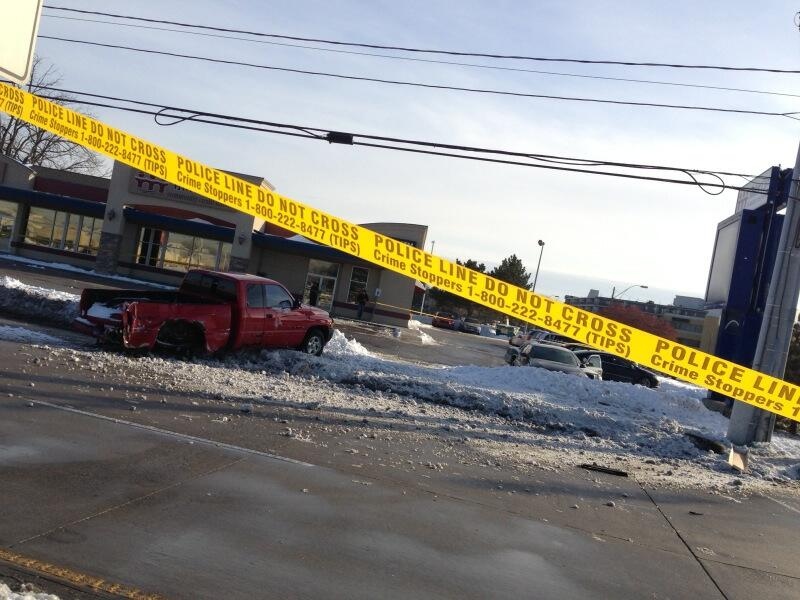 A truck can be seen on a curb on Tecumseh Road East near Roseville Garden where police are reporting critical injuries on Monday, Dec. 16. (Gina Chung/ CTV Windsor)

Two people have been charged following a collision that killed a nearby pedestrian.

The charges stem from a collision that took place on Dec. 16 at the intersection of Tecumseh Road East at Roseville Garden Drive.

As a result of the collision, police say one of the vehicles jumped the curb and struck a pedestrian. The 43-year-old man was transported to hospital, where he succumbed to his injuries.

Both men will appear before a court in March.

Police have spoken with several witnesses, but are still asking anyone who may have witnessed the crash to come forward.