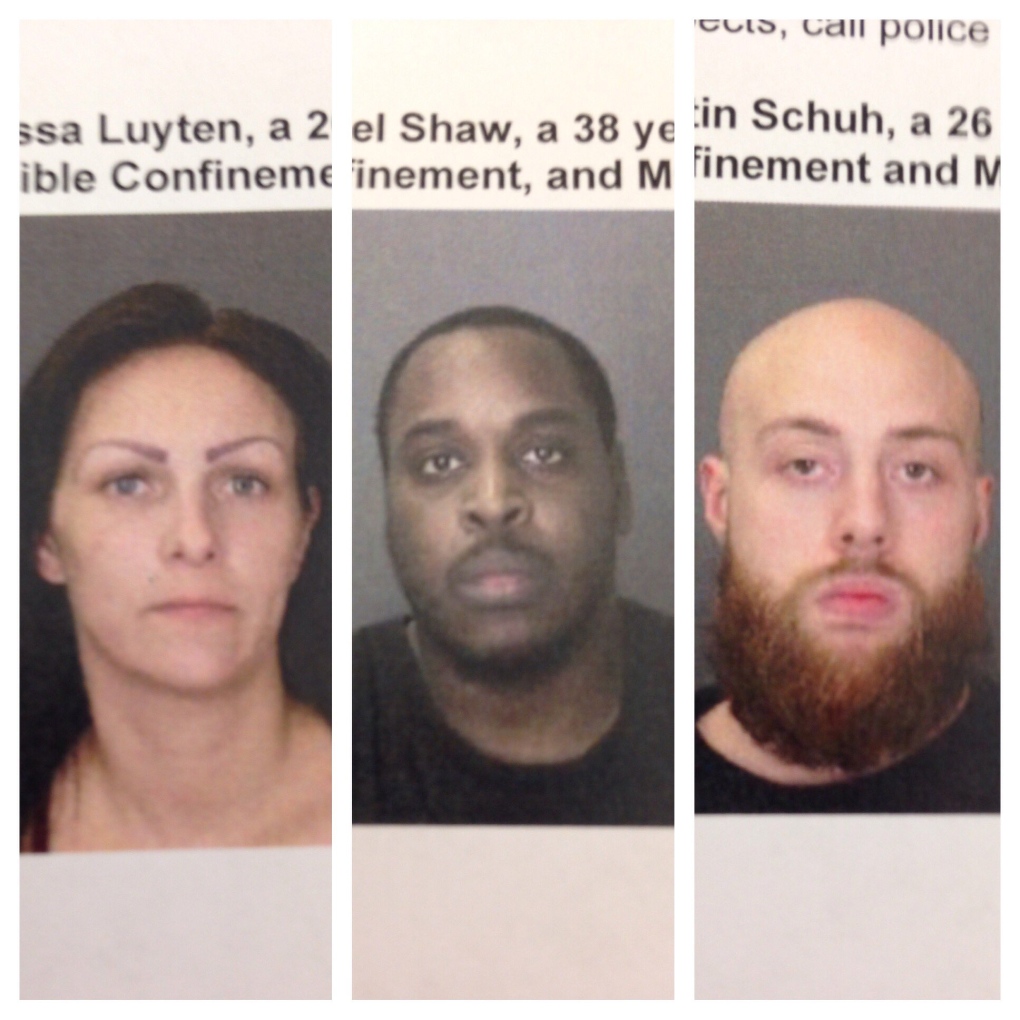 Melissa Luyten, Daniel Shaw and Dustin Schuh are seen in this wanted sign related to a murder on Mill Street in Windsor, Ont. (Courtesy Windsor police)

Police say Dustin Schuh and Melissa Luyten have been arrested in London.

A 26-year-old man was found in an apartment at the Arthur J Reaume Manor building at 605 Mill Street and Wyandotte on Oct. 19.

Police say his hands were bound, and the victim was beaten and stabbed multiple times.

He died a week later.

Walter Smith, 67, of Windsor was arrested and charged with forcible confinement and murder.

Police had been looking for three other suspects Schuh, Luyten and Daniel Shaw, 38.