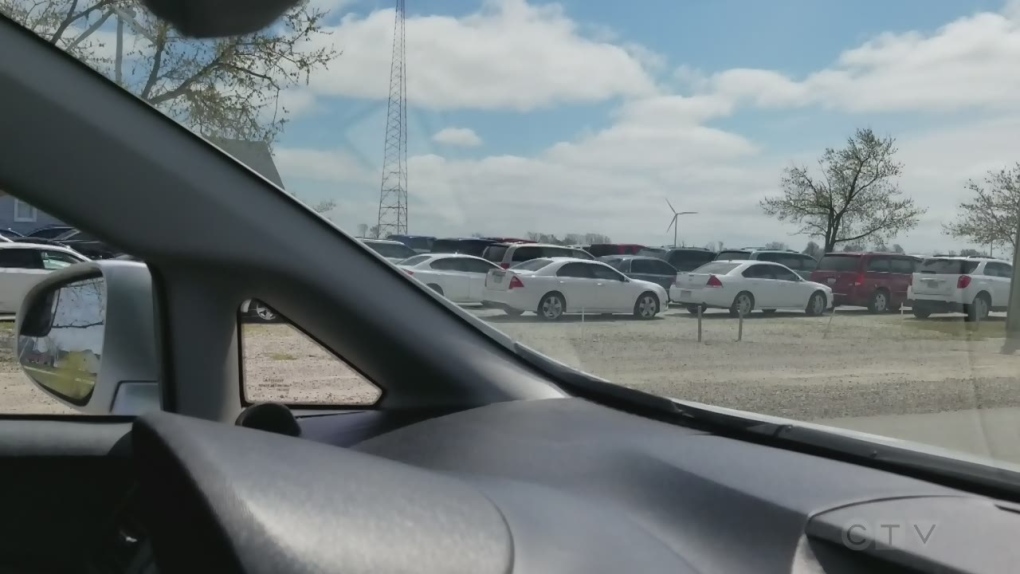 WINDSOR, ONT. -- Two new charges were laid under the Reopening Ontario Act after a report of another gathering at the Old Colony Mennonite Church near Wheatley on Thursday morning.

“If they see a gathering, we ask they call it in,"Chatham-Kent’s ‎chief administrative officer Don Shropshire appealed to the public.

He added the provincial stay-at-home orders cannot be ignored.

It followed a similar gathering on April 25, and another on Dec. 26, 2020 at the church on Wheatley Road.

In each instance, authorities laid separate charges for failing to comply with the Reopening Act.

Under the current orders, indoor religious gatherings are capped at a maximum of 10 people, which will remain in place until at least June 2.

However, the municipality’s medical officer of health says progress continues in vaccinating the community.

He added health teams are expected to have at least offered a vaccine to every seasonal worker in Chatham-Kent by the end of May.