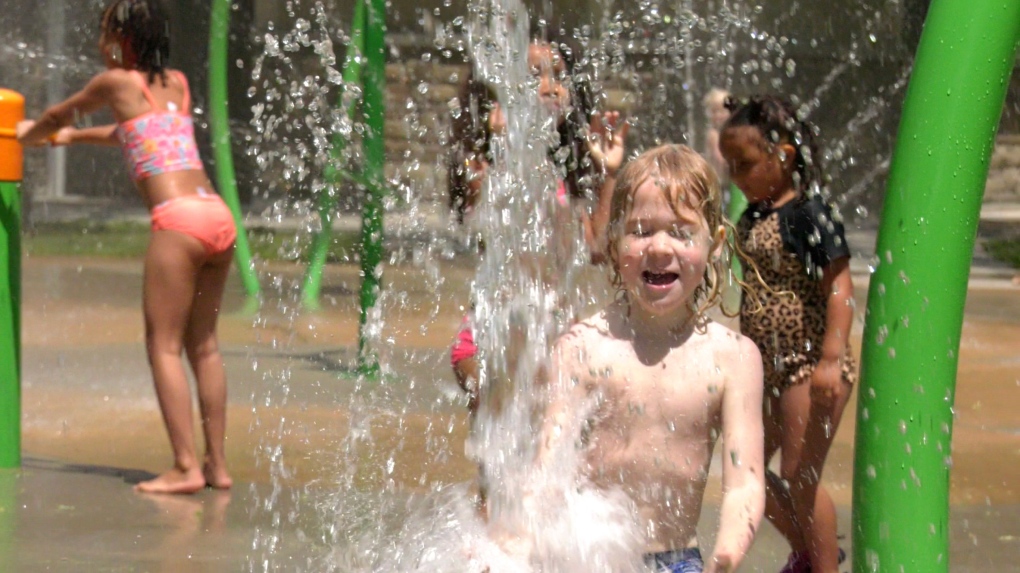 As splash pads open across Windsor ahead of the hot long weekend, the city is reassuring residents there is another on the way, but has hit a temporary delay.

City of Windsor officials say the new splash park in Fountainebleau Park as well as the return of the Ukrainian monument to Jackson Park have hit a snag, but are ready for the final touches.

Both projects final stages require the use of a crane, however, given the current labour disruption with crane operators, the projects are paused.

The Ukrainian Holodomor Monument was first put up in Jackson Park about 17 years ago. Officials say the monument is now showing its age with cracks and falling granite. It was dismantle for repair and the restoration of the piece is now finished.

Fontainebleau Park has been undergoing improvements over the past few years first with a new walking trail and accessible play equipment. The $400,000 splash pad will be the latest addition.

Residents looking for a splash pad in the meantime can check out the city’s splash pad page for all the options.

The gunman who attacked an Independence Day parade in suburban Chicago fired more than 70 rounds with an AR-15-style gun that killed at least seven people, then evaded initial capture by dressing as a woman and blending into the fleeing crowd, police said Tuesday.

Dressed in Indigenous regalia, National Chief RoseAnne Archibald strode into the annual Assembly of First Nations gathering in Vancouver ahead of a group of chanting supporters on Tuesday. Just the day before, Archibald said she had been 'erased' from the agenda after her suspension in June. Instead, she led opening ceremonies and welcomed attendees in her opening address.

What we know about the Highland Park shooting suspect