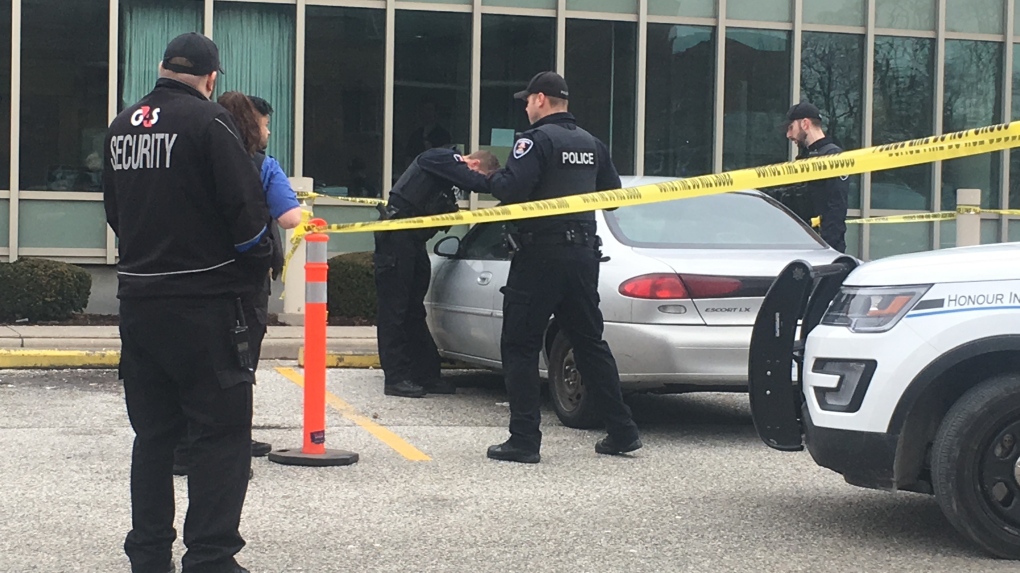 A section of the Emergency Department parking lot at the hospital on Goyeau Street has been taped off in Windsor, on Monday, Jan. 27, 2020. (Bob Bellacicco / CTV Windsor)

WINDSOR, ONT. -- Two men are charged after an alleged robbery over the winter ended in a man with a gunshot wound at a downtown Windsor hospital.

On Friday, the Windsor Police Service announced two suspects were charged tied to the investigation into the incident in January.

It was on Jan. 27 at 1:25 p.m. when officers responded to a report of a disturbance in the 1300 block of Oullette Avenue. It wasn’t long after an officer at Windsor Regional Hospital’s Ouellette Campus noticed a man was looking for help for a gunshot wound.

Police believed the two incidents to be connected.

On Wednesday, police arrested Jason Harris, 37, of Windsor and charged him with aggravated assault and robbery.

The following day, on Thursday, police arrested 23-year-old Alexander Caza of no fixed address. Caza was also charged with aggravated assault and robbery in addition to a charge of possession of a controlled substance for the purpose of trafficking cocaine.

Police say a firearm has yet to be recovered as part of the investigation.

The Jan. 27 incident saw the injured man arrive at the hospital in a silver Ford Escort sedan. The vehicle was seized by police as part of the investigation.

The incident saw police attend hold scenes on Ouellette Avenue as well as in the 1300 block of Pelissier Street to investigate. The Forensic Identification Unit processes each scene which helped to identify two suspects.