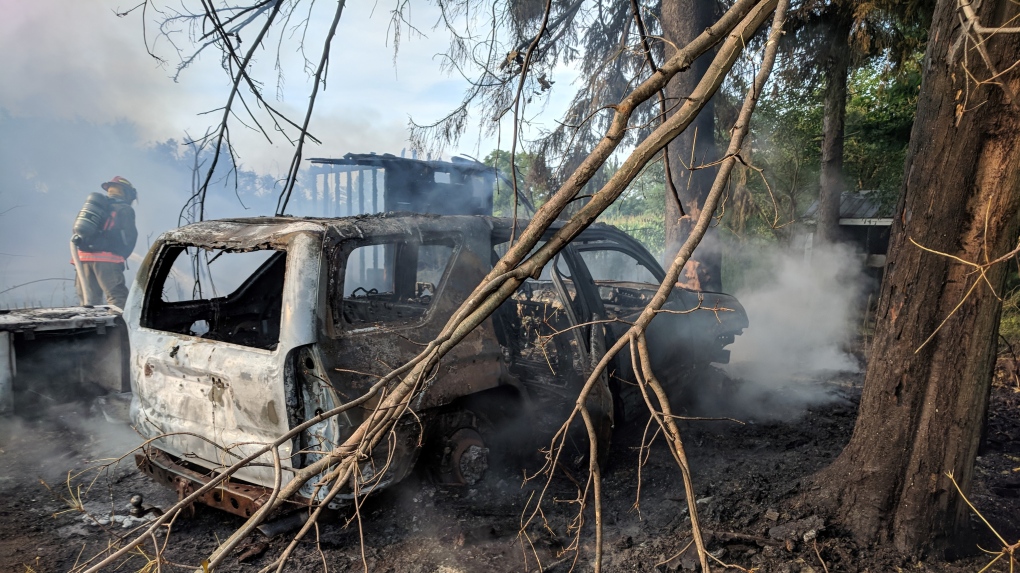 Crews were called to River Line in Moraviantown Sunday, Aug. 5, 2018 to fight a blaze in an abandoned home. (Source: Chatham-Kent Fire)

A kitchen fire caused $150,000 damage to an apartment building on King Street in Wallaceburg and fire crews also responded to an abandoned home blaze in Moraviantown.

Fire officials say the cause of the Wallaceburg fire was unattended cooking.

The fire call came in around 10:30 p.m. Monday and crews saw smoke coming from the building.

Crews attacked the fire to prevent it from spreading to both rear and basement apartments.

All tenants were able to escape unharmed.

There were also no injuries in the Moraviantown fire.

Crews were called to River Line around 7 a.m. Sunday.

Firefighters battled through the heat to contain the fully engulfed fire from spreading to nearby cornfields and woodlots.

Chatham-Kent Fire is reminding residents to clear vegetation around hydrants.