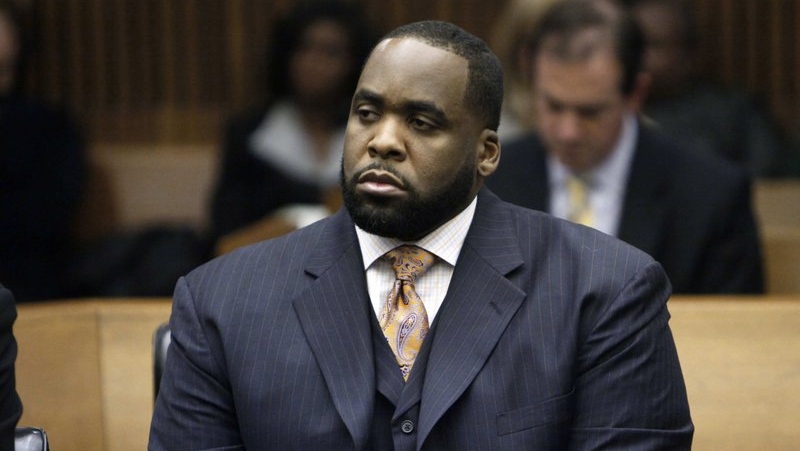 WINDSOR, ONT. -- U.S. President Donald Trump has commuted the prison sentence of former Detroit Mayor Kwame Kilpatrick, who has served about seven years of a 28-year sentence for corruption.

The announcement Wednesday morning was part of a flurry of clemency action in the final hours of Trump's White House term that benefited more than 140 people, including rap performers, ex-members of Congress and other allies of Trump and his family.

A White House statement said that prominent members of the Detroit community had supported Kilpatrick's commutation and it noted: "During his incarceration, Mr. Kilpatrick has taught public speaking classes and has led Bible Study groups with his fellow inmates."

Kilpatrick also had asked for Trump's help to get out of prison.

The former Democratic mayor was convicted in 2013 of racketeering conspiracy, fraud, extortion and tax crimes. The government called it the "Kilpatrick enterprise," a yearslong scheme to shake down contractors and reward allies.

Kilpatrick's lawyers had asked for a 15-year sentence. But U.S. District Judge Nancy Edmunds agreed with prosecutors and ordered an extraordinary 28-year term.

In May, Kilpatrick was turned down for home confinement during the coronavirus pandemic.