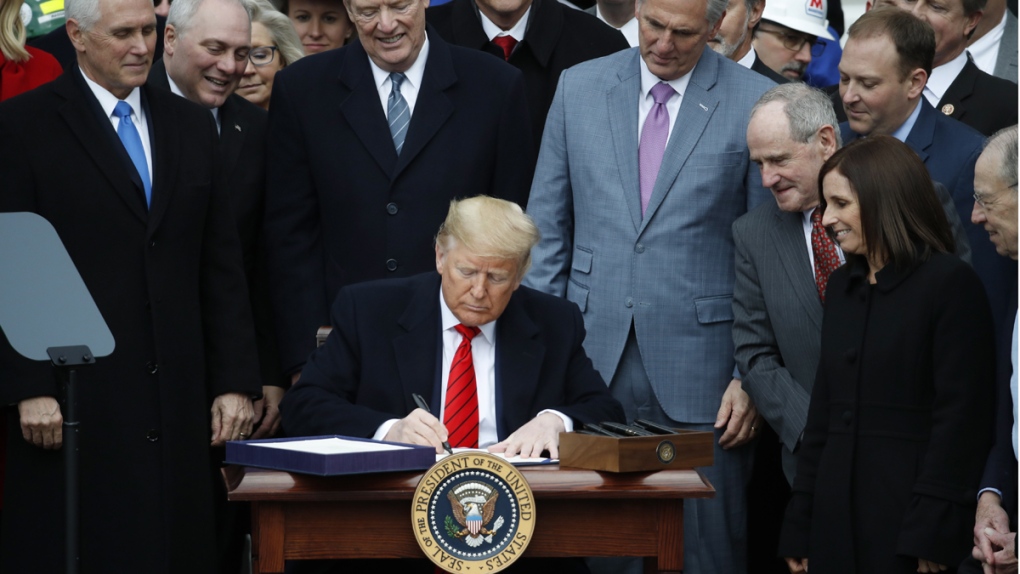 WASHINGTON -- President Donald Trump has signed into law a major rewrite of the rules of trade with Canada and Mexico.

While he's celebrating the fulfilment of one of his top campaign promises, he's not sharing the moment with Democratic lawmakers whose support was essential to getting the deal over the finish line.

Trade experts say the impact of the new U.S.-Mexico-Canada Agreement will be modest.

Trump is expected to promote the deal during a visit Thursday to Michigan.

Some autoworkers should benefit because the deal encourages more manufacturing in the United States.