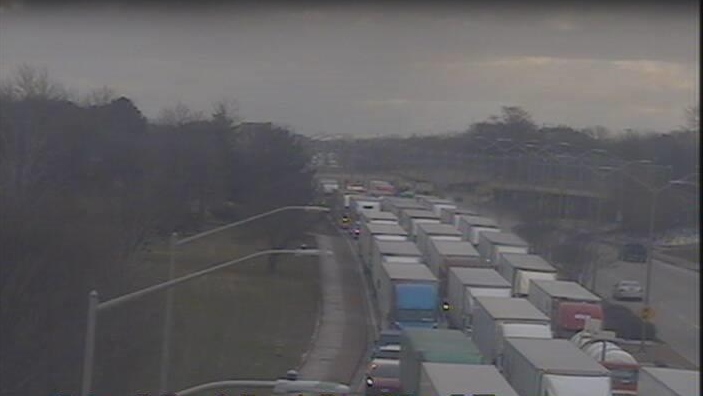 The Ambassador Bridge Company says a commercial backup heading into the U.S. is now over.

U.S. Customs and Border Protection reports there were delays for U.S. bound commercial traffic at the Ambassador Bridge that lasted several hours.

U.S. Customs officials maintained all of their facilities until commercial traffic was cleared.

All Canada-bound traffic was free flowing into Canada and not affected.

Windsor police say there were backups along Huron Church Road, and reminded motorists to not block intersections.

Police the delays ended around 9 p.m.