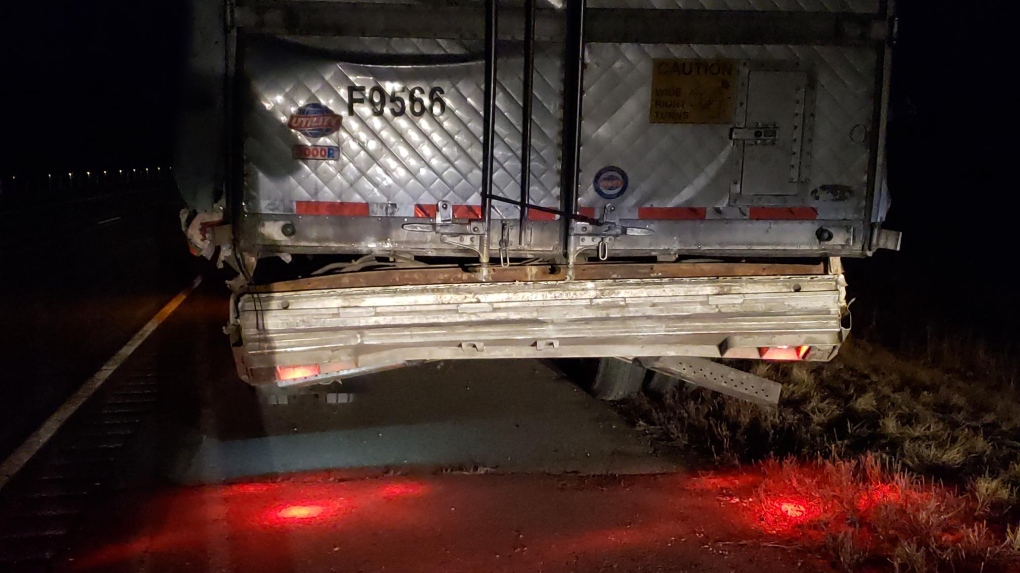 OPP say it had significant damage to the rear of the trailer. (Courtesy Chatham-Kent OPP)

Chatham-Kent OPP say a 45-year-old Brampton trucker has been charged after losing parts on Highway 401.

Police responded to a traffic complaint on Highway 401 in Chatham-Kent involving an eastbound tractor trailer losing parts on the highway on Friday around 8:45 p.m.

Reports were received that the trailers rear bumper was falling off and the rear doors were insecure.

OPP officers located and stopped the truck and trailer near the Chatham- Elgin County border.

Investigation revealed that it had been involved in a collision in Michigan earlier that day suffering significant damage to the rear of the trailer.

The damage resulted in the trailer having insufficient rear lighting, damaged trailer brakes, and its structural integrity had been compromised.

The 45-year-old Brampton man was charged with operating an unsafe vehicle and not properly documenting trip inspection. The vehicle was towed from the highway.