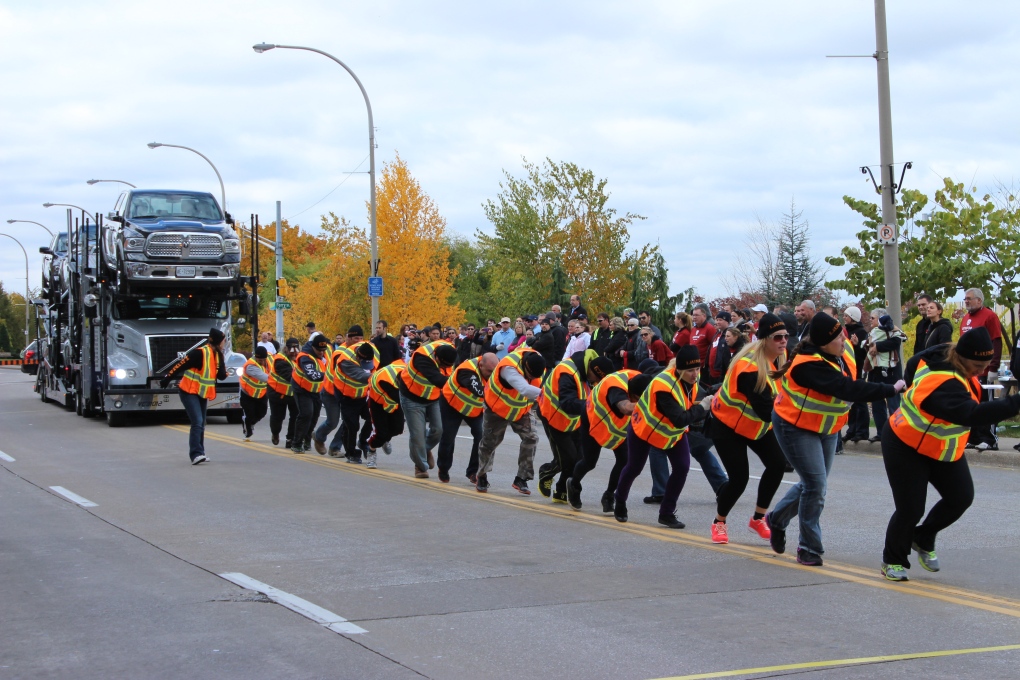 In this photo provided by the Chrysler Foundation, Ram Tough Truck Pull for United Way champions LiUNA Local 625 haul over 75,000 pounds worth of Ram 1500's down Riverside Drive in Windsor, Ont. on Sunday, Nov. 3, 2013.

Windsor hosted its first tractor-truck pull on Sunday, raising thousands of dollars for the Windsor-Essex United Way in the process.

It was a great day to be outside, and the Ram Tough Truck Pull for United Way made for some great outdoor entertainment.

The Chrysler Foundation and United Way partnerd to hold the pull, during which participants had to tow a trailer loaded with pickup trucks.

Hundreds were out to prove their strength with each team fighting for the shortest time to pull 75,000 pounds worth of trucks 50 metres down the road.

More than $20,000 dollars was raised for a united Way initiative that aims to build stronger and safer neighbourhoods.