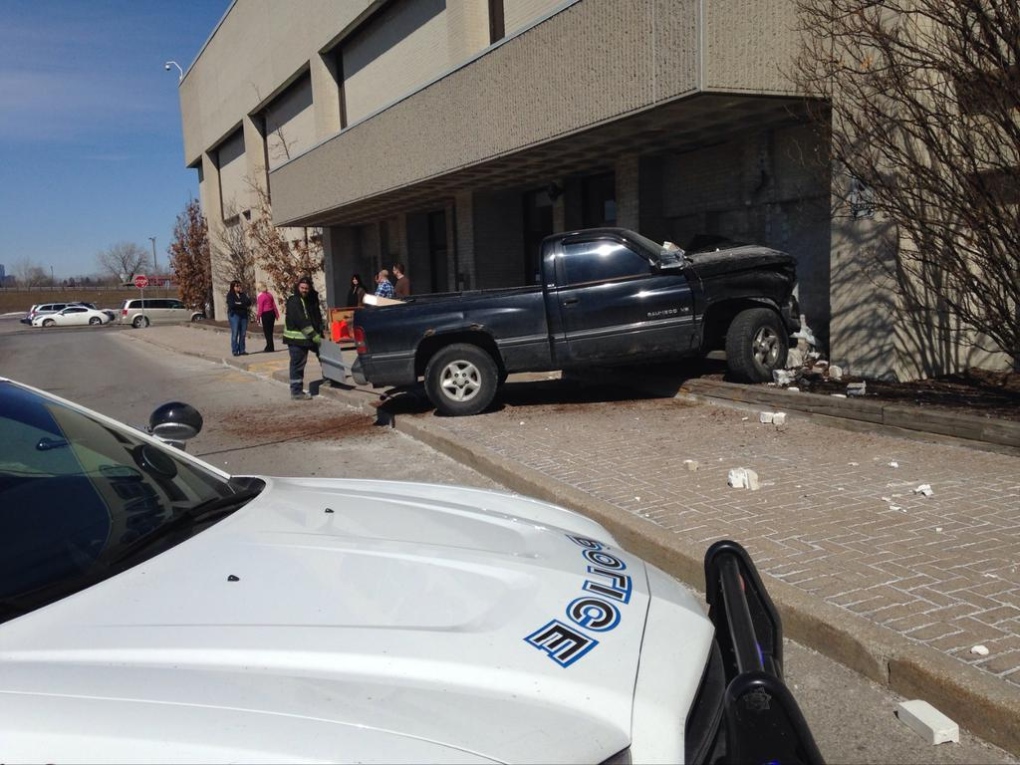 A pickup truck has hit the Sears store at Devonshire Mall in Windsor, Ont., on March 12, 2015. (Chris Campbell/CTV Windsor)

The crash took place around 1:30 p.m. Thursday on the west side of the store.

The male driver was taken to hospital with minimal injury to his face, say police. There were no other reported injuries.

There was no obvious explanation as to why the crash occurred, but police are still investigating.