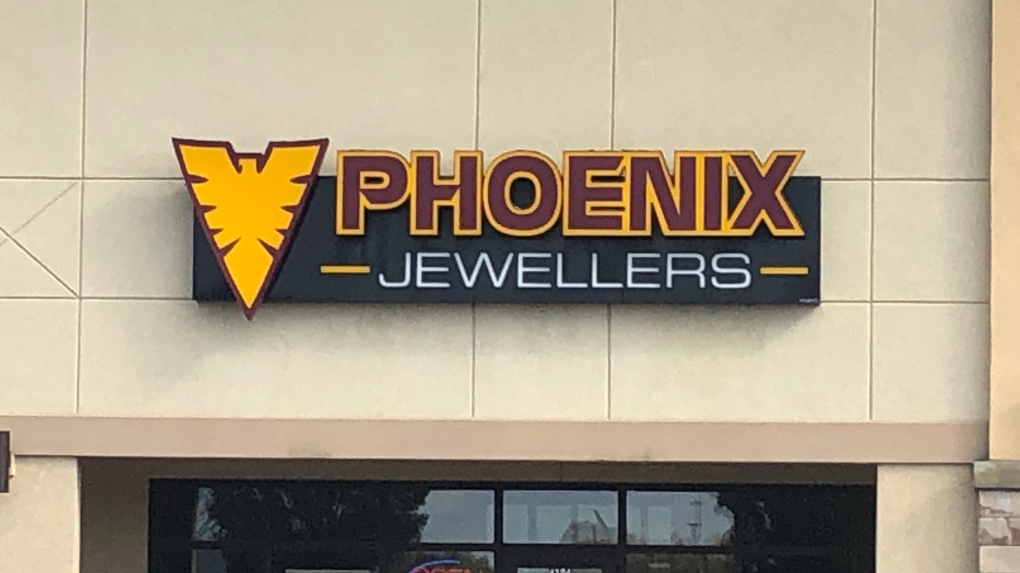 Phoenix Jewellers on Walker Road in Windsor, Ont. was the target of a jewelry heist that has since gone to trial shown in this photo on Wednesday, Oct. 21 2020. (Angelo Aversa/CTV Windsor)

WINDSOR, ONT. -- A trial has started into a brazen jewelry store heist.

Jamie Napier has pleaded not guilty to armed robbery.

One was carrying an axe, the other a gun according to testimony heard in court Wednesday.

Police said at the time of arrest two suspects used the axe to smash a number of display cases and fled the scene with a quantity of jewelry before running into a waiting vehicle and driving off.

The store’s co-owners took the stand at Wednesday’s trial.

Houry Ashekian testified the suspect holding the gun shouted “get down or I’ll shoot.”

Ashekian says she could hear glass breaking before the suspects left.

David Ashekian told the court the two suspects stole approximately $250,000 worth of jewelry.

Testimony is expected to continue Thursday.