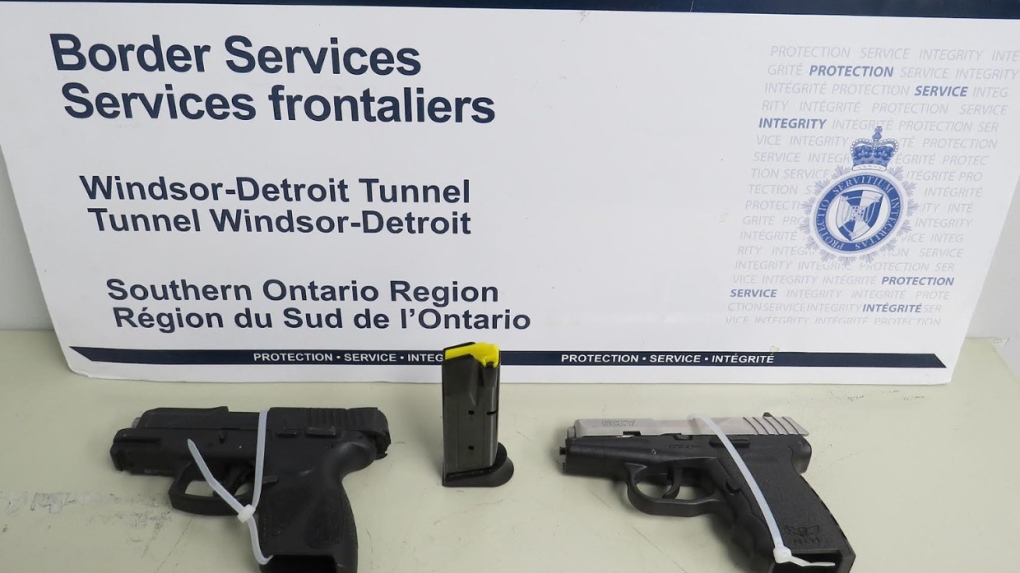 CBSA officials said a 9mm CPX-2 handgun, a 9mm Taurus G2C handgun and a 12-round capacity magazine were seized on June 4.

“A penalty of $2,500.00 was paid for the release of the vehicle before the subjects were returned to the United States,” said CBSA spokesperson Judith Gadbois-St-Cyr.

No charges were laid and the prohibited items were seized and will be disposed of according to the federal regulations.

Gadbois-St-Cyr said Canadian firearms laws are clear. All travellers must declare any firearms in their possession when they enter Canada. Travellers who do not declare firearms upon arrival can face arrest, seizure, monetary penalties, and/or criminal prosecution.

On the heels of another tense hearing with Hockey Canada's past and current board chairs defending the organization, Prime Minister Justin Trudeau and MPs were unequivocal on Wednesday in their condemnation of Hockey Canada's resistance to making changes that they say are necessary.

The federal government is asking a judge to dismiss a proposed class-action lawsuit brought forward by a group of Black public servants, who allege discriminatory practices within the public service.

Starting Thursday, businesses in Canada will soon be able to pass credit card fees on to their customers, thanks to a multimillion-dollar class-action settlement involving Visa and Mastercard.

A U.S. court has sentenced a Canadian man to 20 years in prison for his role in a number of cyberattacks involving the ransomware NetWalker.

Alberta’s governing United Conservative Party is scheduled pick the province’s new premier Thursday, and political observers say its next step should be getting back on the same page as the rest of the province.

It's been six months since a Canadian airline crew was detained in the Dominican Republic after finding drugs on board and reporting them to the authorities.

A school board east of Toronto is apologizing after a four-year-old student walked home alone during lunchtime earlier this week.

'Unheard of': Tens of thousands of salmon found dead in B.C. creek as drought conditions persist

B.C.'s sunny, dry weather is leading to major drought conditions in parts of the province, causing devastating impacts for some wildlife.