TECUMSEH, ONT. -- Officials in Tecumseh are looking at their options again when it comes to opting into offering retail cannabis stores, two years after taking a wait and see approach.

The Town of LaSalle changed its position Tuesday evening, with council unanimously opting in to allow brick and mortar cannabis shops. The move leaves the Town of Tecumseh as only local municipality still not permitting retail cannabis stores.

“We never said it was a definite, ‘we’ll never have a cannabis facility,’ but we wanted to see how it would adapt within other communities,” Tecumseh Mayor Gary McNamara says.

McNamara says there is no denying the economic benefits of hosting successful cannabis retail operations, but admits the town is disappointed with how much income goes to the federal and provincial governments first. 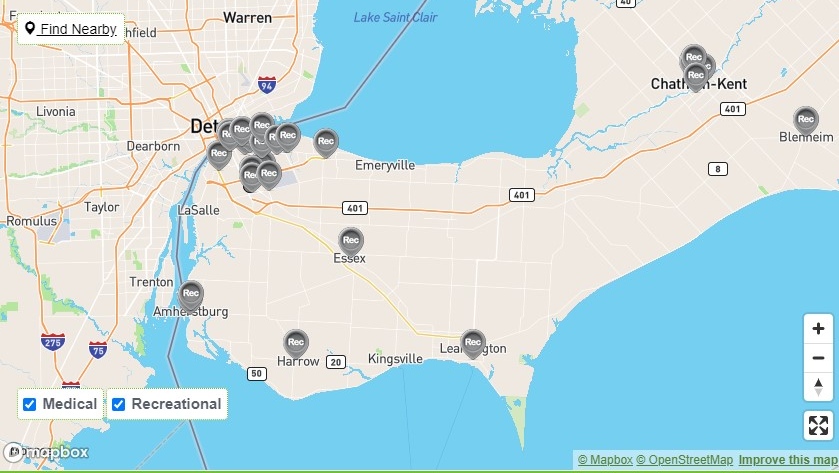 “At the end of the day, we want any business enterprise that wants to come into the community, first and foremost, council wants them to succeed,” he says. “We realize it does create jobs and here we are, two or three years later looking at, maybe there is an opportunity for the future.”

Father and son business partners Rob and Sam Katzman appealed to LaSalle Council with plans to open a retail store in the town.

“It’s not the Cheech and Chong day of the seventies," Rob Katzman told CTV News on Wednesday that upwards of 400 customers come through their stores daily, noting customers from LaSalle and Tecumseh have often come to his downtown Windsor location.

"Cannabis is a fantastic opportunity for the population, the citizens, to enjoy a new way of relaxing,” he says. “A new way of enjoyment.”

Delegations are expected to speak on the subject to Tecumseh Town Council at the upcoming April 13th council meeting, according to Mayor McNamara.

“Council will certainly take that opportunity to take a bigger look,” McNamara says.