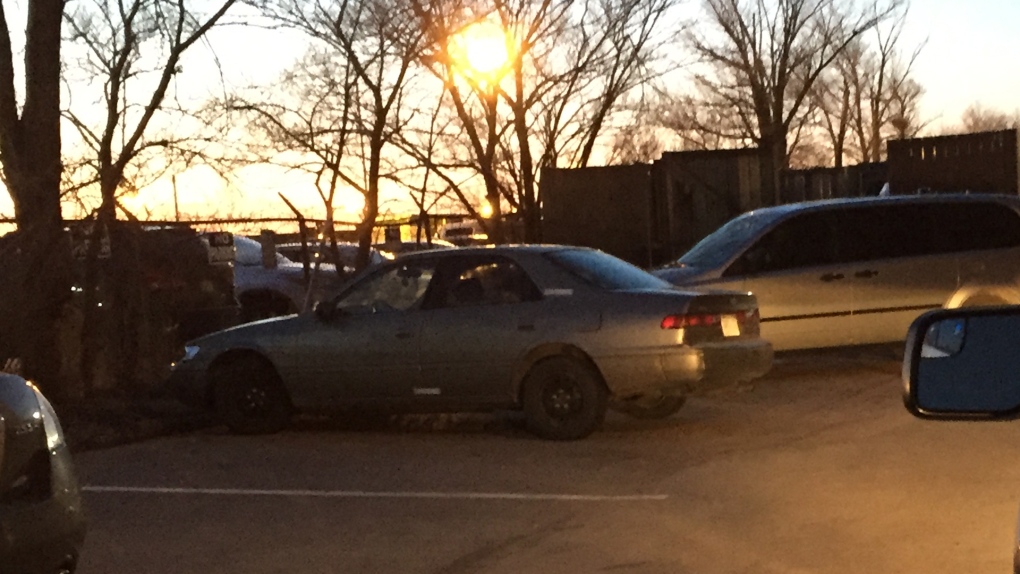 A vehicle that was stolen with a baby inside is pictured atthe parking lot where it was found near Dixon and Martin Grove roads Sunday March 20, 2016. (Jackie Crandles /CP24)

TORONTO -- A three-month-old baby in the back seat of a stolen car was found safe and sound Sunday night, about four hours after the theft.

Police received a tip from a member of the public about an infant in a car spotted in a parking lot in the city's northwest, said Toronto Police Const. Craig Brister.

"They had seen a vehicle with a baby in the back seat and were concerned about the well-being of the child."

The infant was unharmed and was being reunited with his family.

The discovery followed a frantic search that led to an Amber Alert being issued and had a number of police forces responsible for the suburbs around Toronto, as well as the Ontario Provincial Police, on the lookout for the stolen vehicle.

"A father (who) had been at the flea market had got out of his vehicle to go inside the flea market for whatever reason and had left his three-month-old infant in the back seat," Brister said.

As the father came out of the market, his car was driving away. He gave chase on foot but couldn't get to the driver.

As of Sunday night the police were still looking for a suspect, described as having blond hair and being in his 40s.

Police were not ruling any motives for the theft in or out. Investigators were trying to determine whether the suspect even knew there was a baby in the back seat or whether he may have known the owner of the stolen car.

Police gave the search maximum publicity, with not only Toronto police but neighbouring forces flooding social media with descriptions of the car and the baby.

It was not immediately clear if the person who tipped police had seen the flood of publicity, but public concern about the child's well-being was overwhelming said Brister, who was handling the social media portion of the police effort.

"The response we had on social media was massive," Brister said. "The number of people that were asking questions, I couldn't keep up."