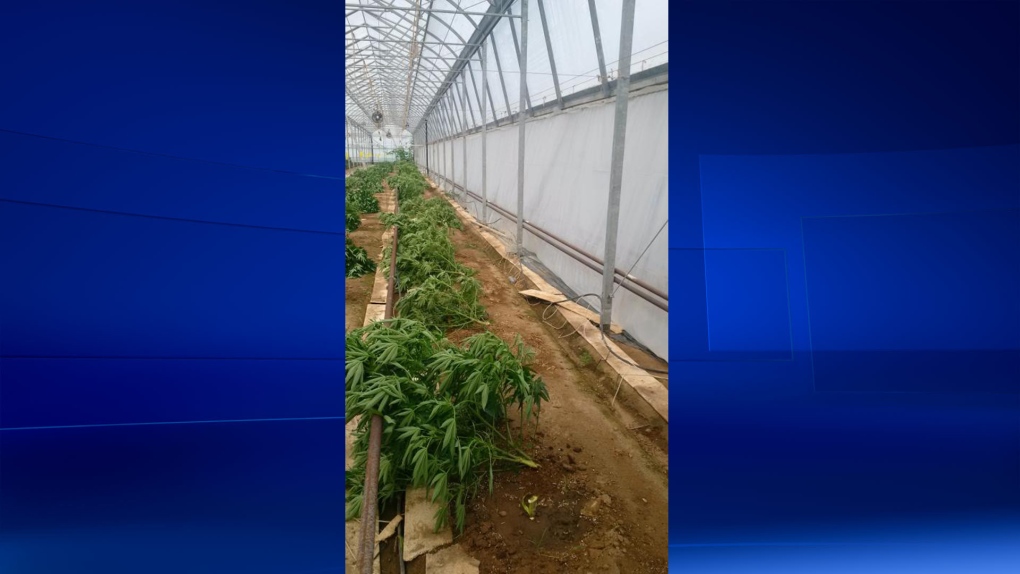 About 1,700 marijuana plants were seized from a greenhouse on Wednesday, August 17, 2016. (Courtesy OPP)

Two Toronto men are serving six months, less a day, in jail for their role in a $1.7-million marijuana grow-op outside of Kingsville.

A charge of trafficking against the pair was dropped.

The charges came from an OPP raid on a greenhouse on County Road 34 in august 2016.

More than 1700 mature marijuana plants were found inside.