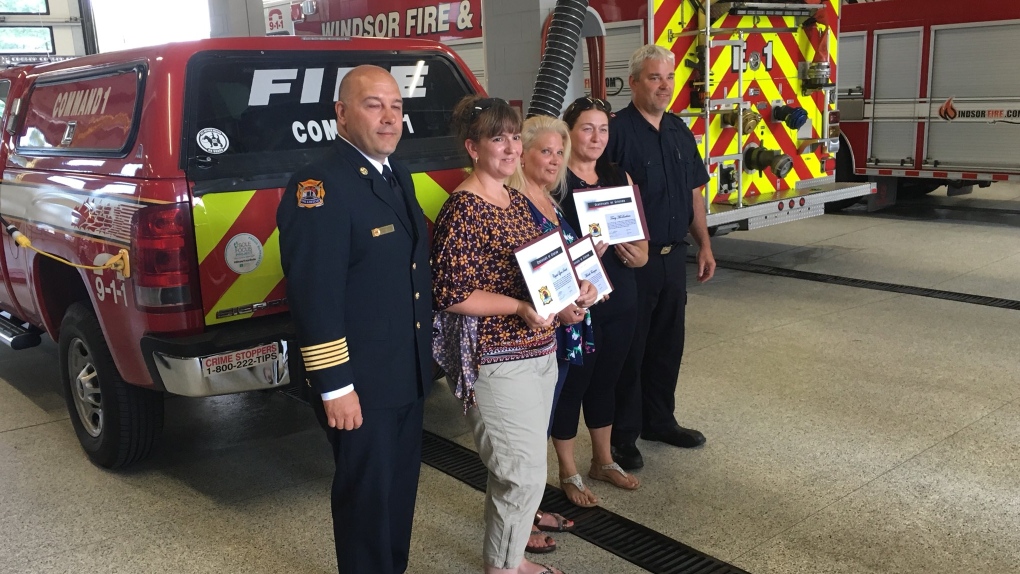 Three local women credit quick thinking and their CPR training for helping them save a man's life.

On May 15, McLachlan, Finnigan and Scade sprang into action at the Royal Canadian Legion Branch 12 on Brant Street after a 76 year old man started choking.

Windsor Fire Chief Stephen Laforet says these women went above and beyond.

"All too often we hear stories about people not wanting to get involved or looking the other way, this was not the case,” says Laforet. “Incidents like this, like the one described today, they underscore the value in people knowing how to administer first aid and CPR."

All three women say they're not heroes, they're just pleased this story had a happy ending.