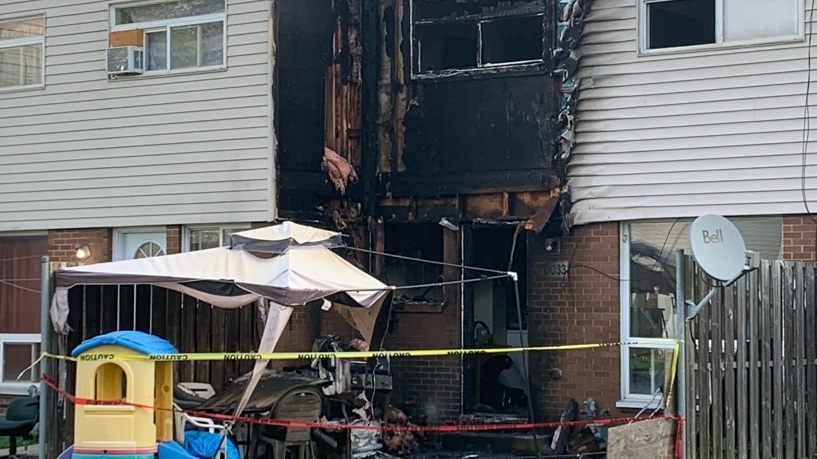 A townhouse sustained $100,000 damage in an early morning fire on Wednesday.

Around 5 a.m., Windsor Fire reported that firefighters were responding to a working fire in the 3000 block of Grandview Street.

The fire was quickly brought under control and declared out by 5:30 a.m. however heavy damage to at least one unit was sustained.

A fire investigator was called in to determine the cause and origin of the fire and assess the damage. The cause is listed as undetermined.

No injuries were been reported, but three people were displaced.

The Sarasota County Medical Examiner and a cadaver dog were called on Wednesday to a Florida park where authorities found several items belonging to Brian Laundrie, the missing fiance of Gabby Petito.

Hostage negotiation experts say time is the greatest issue facing the FBI and government officials in rescuing 17 members of a U.S.-based missionary group, including one Canadian, who were kidnapped over the weekend by a violent gang in Haiti.

Queen Elizabeth II has reluctantly accepted medical advice to rest for a few days and has cancelled a trip to Northern Ireland, Buckingham Palace said Wednesday. The palace didn't offer specifics on the decision, but says the 95-year-old monarch is 'in good spirits.'