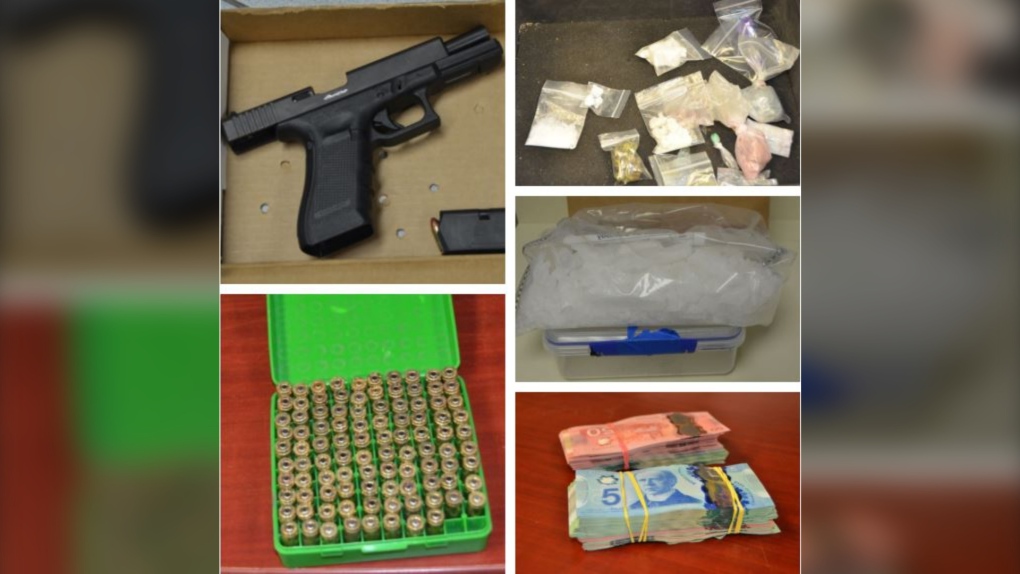 WINDSOR, ONT. -- Three people have been charged after Chatham-Kent police seized $330,000 worth of suspected fentanyl and crystal methamphetamine at a local hotel.

Police responded to a hotel in Chatham in regards to a suspicious man on Tuesday afternoon.

Officers say they went to the man’s room and found three people along with a significant quantity of illegal drugs and weapons.

The man and two women were arrested while the scene was held for further investigation.

On Wednesday, police went back to the hotel room and executed a search warrant.

Aside from the drugs, police also seized a 9mm handgun, quantity of ammunition and $15,980 in cash.

In total, the three people have been charged with 40 offences, that includes possession for the purposes of drug trafficking, weapon-related offences and failing to comply with court orders.

Jeremy Neely, 36, of Chatham, Robyn Marchand, 34, of Chatham and Amber Tasker, 29, of Dresden, have all been remanded into custody pending a future court date of May 15.