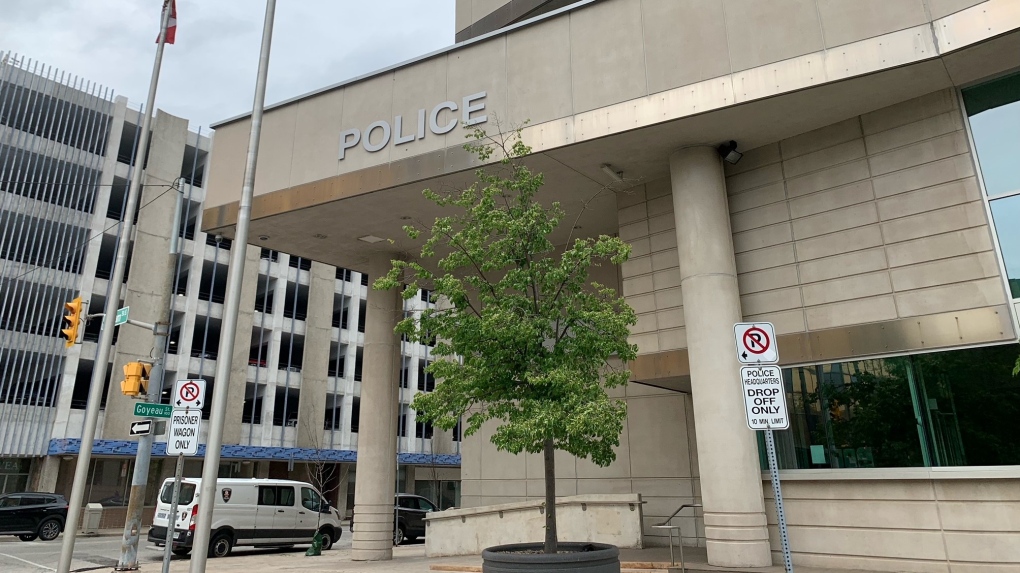 Three people have been charged for allegedly breaking into an east Windsor home Monday while a woman was inside.

Officers responded to the 2000 block of Ford Boulevard around 1 p.m. for a report of a home invasion after a witness saw three men breaking into the back door of the house.

Police say officers learned there was a victim inside the home when the break-in happened. Officers immediately responded to the scene, surrounded the residence, and arrested the suspects.

The female victim did not sustain any physical injuries, police say.

Darryl Marcon, 36, from Windsor and David Loma, 58, from Emeryville both face a break and enter charge. Matthew Imeson, 40, of Windsor has been charged with break and enter, uttering threats, and assault with a weapon.

As negotiations continue between premiers and the federal government, former Quebec premier Jean Charest is criticizing the feds' string-attached approach to health-care funding, stating that Ottawa should not be in the business of operating health-care systems.

PM Trudeau presents premiers $196B health-care funding deal, with $46B in new funding over the next decade

The federal government is pledging to increase health funding to Canada's provinces and territories by $196.1 billion over the next 10 years, in a long-awaited deal aimed at addressing Canada's crumbling health-care systems with $46.2 billion in new funding.

A sensor you draw with a pencil could be used for 'smart diapers,' contactless switches and respiratory monitors

We may soon be able to detect humidity levels, respiratory changes or a too-wet diaper, all with a new type of sensor — one created by drawing with a pencil on specially-treated paper.

After raising interest rates eight consecutive times, Bank of Canada Governor Tiff Macklem told an audience in Quebec City on Tuesday that inflation is showing signs of 'turning the corner' and that the coming year 'will be different.'

U.S. President Joe Biden is ready to offer a reassuring assessment of the nation's condition rather than roll out flashy policy proposals as he delivers his second State of the Union address on Tuesday night, seeking to overcome pessimism in the country and concerns about his own leadership.

Balloons and drones among 768 Canadian UFO reports from 2022: researcher

Balloons and drones were among 768 reported UFO sightings in Canada last year, according to Winnipeg-based researcher Chris Rutkowski, who also found that eight per cent of all cases remained unexplained.

Defence attorneys for actor Alec Baldwin are seeking to disqualify the special prosecutor in the case against him stemming from the fatal shooting of a cinematographer on a New Mexico film set.