Soccer fans came out in droves Wednesday for the first game in Canada’s historic return to the World Cup.

“I remember ‘86 the last time they went. It’s just mind-blowing that they’re there,” said Mike Whaley a member of the Voyageurs, the official fan club of Canadian soccer. “I’ve been a hardcore fan for 11 years. It’s special.”

Whaley was one of the people watching the World Cup action on TSN inside the Manchester Pub in downtown Windsor.

It was standing room only with every television tuned into the game for nearly two hours Wednesday.

Among them, Marjorie Sakalo, who's interview with CTV News was drowned out several times by the excited crowd.

“It’s amazing! People from all generations (and) all ethnicities, people that might have cheered for Italy but we’re Canada today,” she said.

“This is huge for Soccer Canada,” said Shane McGowan who believes Canadians are starting to realize what a great sport soccer is.

“It's not just (like) hockey. ‘Skate fast. Go hard.’ It's a chess match, and I think the rest of Canada is catching on,” said McGowan.

Patrons at the Manchester Pub in downtown Windsor are showing some Canadian Pride for the country’s opening match against Belgium. #WorldCup2022 @CTVWindsor #CanadaSoccer pic.twitter.com/7KR842b14t

“I wish I was in Qatar right now but I’m not, I’m here with my people,” said Tayo Ajasa. “I’m Nigerian by birth but like I’m Canadian now, I’m Nigerian-Canadian now you get me? It’s Canada all the way and we’ve waited so long for this!”

Although the crowd would go home disappointed with a 1-0 loss for Canada, they are still proud of the red and white.

“We are lucky this year,” said Sonny Saadat, owner of Flag and Sign Depot in Windsor, who needed to buy Soccer Canada flags for the World Cup for the first time in his company’s 30-year history.

“Every four years (this is) happening. So we have lots of customers. New customers and (old ones come back). That's the advantage of the World Cup,” said Saadat. 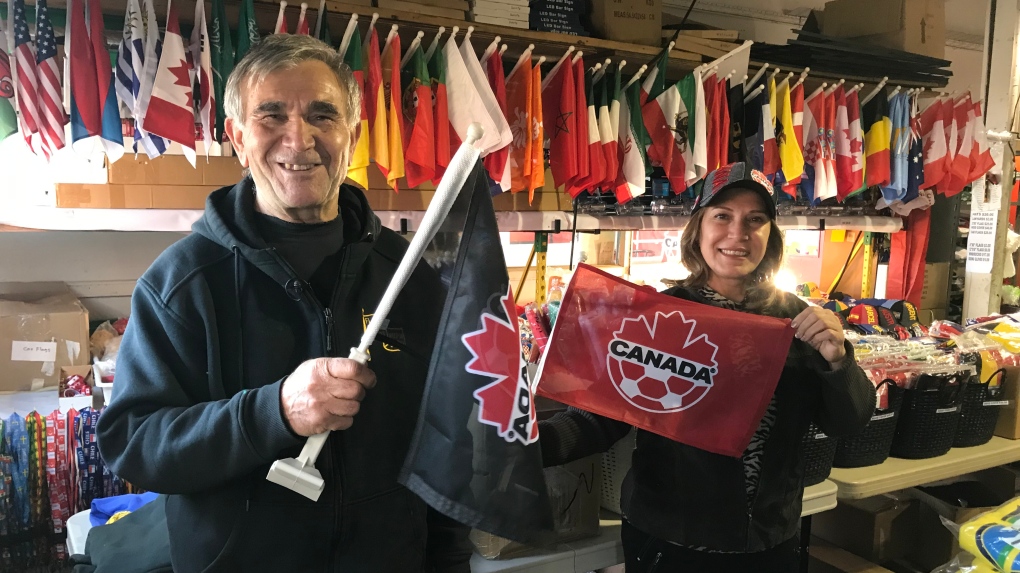 Authorities announced the Friday release of police video depicting five officers beating a Black man whose death prompted murder charges against them and provoked outrage at the country's latest instance of police brutality. Family members of Tyre Nichols pleaded for any protests to remain peaceful.