'There was a quarrel': neighbour wishes he had intervened in Brock St incident

WINDSOR, ONT. -- One man was taken to hospital with life-threatening injuries and another man is facing charges after an incident in the west end.

Officers were called to the 700 block of Brock Street near Bloomfield Road and St. Antoine Street around 9:30 p.m. Saturday night for a report of an injured person.

Officers went to the area and found a man with injuries. He was transported to hospital where it was determined the injuries sustained were life-threatening.

“There was a quarrel going on, they were loud, they were yelling at each other,” says Muhammad Khan, who lives in the area of Brock Street and Bloomfield Road. 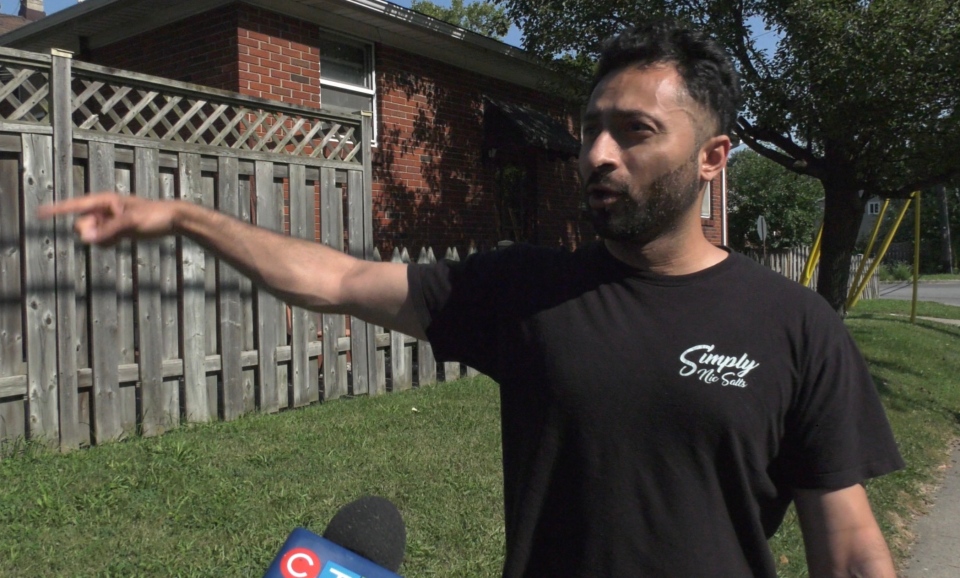 Khan says he believes it involved one woman and some men, but he’s not sure how many before he left to pick up a friend.

“I wish I could have paid more attention while it was happening but again, I didn’t want to be part of that whole thing,” says Khan.

By the time Khan returned home, within half an hour, the street was closed by police and first responders were helping someone on the street.

“This whole area has turned into a different place as compared to eight years ago as I used to know,” says Khan.

Through investigation, officers determined that a verbal argument turned into a physical altercation.

“They are life-threatening injuries as a result of an altercation between the victim and a suspect who were known to each other,” says Windsor police Const. Talya Natyshak.

No weapons are believed to be involved.

The suspect fled the area prior to police arrival. Through investigation he was subsequently identified and arrested without incident on Sunday at 5:30 p.m., in the 400 block of Vera Place.

Investigators from the Major Crime Branch continue to investigate and would like to speak with anyone who may have witnessed the incident.

With files from CTV's Melanie Borrelli.