The Office of the Fire Marshal to investigate Leamington greenhouse fire 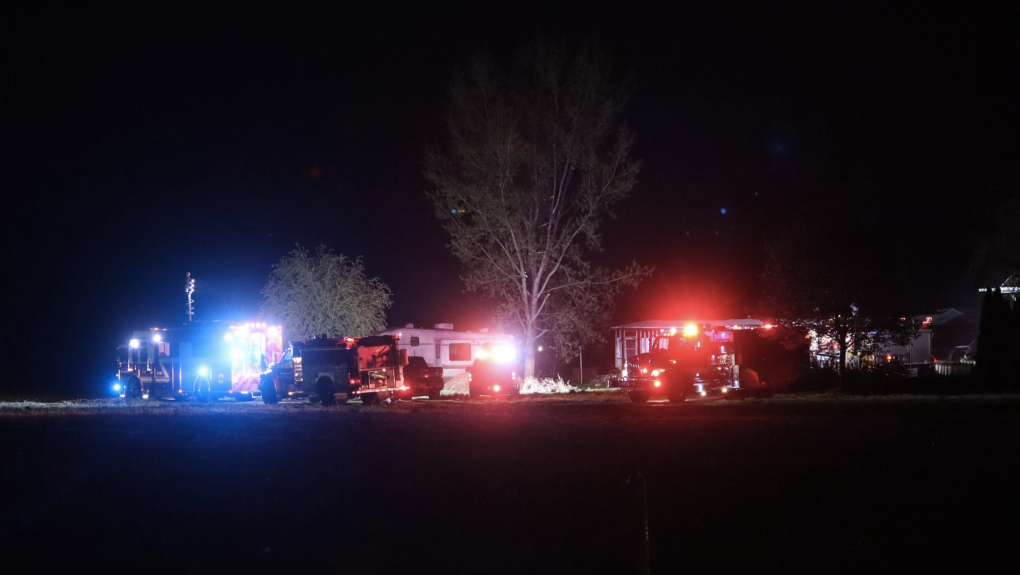 Leamington and Kingsville fire crews responded to a greenhouse fire at 429 Mersea Road in Leamington, Ont. on Monday, May 3, 2021. (courtesy OnLocation/Twitter)

WINDSOR, ONT. -- The Office of the Fire Marshal has been called in to investigate a fire at a greenhouse operation.

Leamington firefighters, with help from the Kingsville service, were called to 429 Mersea Road 7 on Monday about 3:45 am.

There was no estimate of damage, but according to Leamington Fire Chief, Andrew Braid damage to most of the structure appeared extensive, with likely a total loss of contents.

Baird said the fire on the outer plastic shell had spread by the time firefighters had arrived.

After the fire was out, crews remained on the scene to douse any hot spots in the melted plastic which could potentially flare up.