'The border never closed': CBSA reflects on 15 months of COVID-19 on the frontlines

WINDSOR, ONT. -- The Windsor-Detroit border has been closed to non-essential travel since March 2020 due to COVID-19, but border traffic never stopped.

It has remained open for essential travel.

IN PICTURES: Behind-the-scenes at the Ambassador Bridge Windsor-Detroit border crossing

Canadian Border Service Agency director of operations at the Ambassador Bridge Joe McMahon says his staff had to pivot in unprecedented times.

“March 2020 was a really stressful time for all of us,” says McMahon. 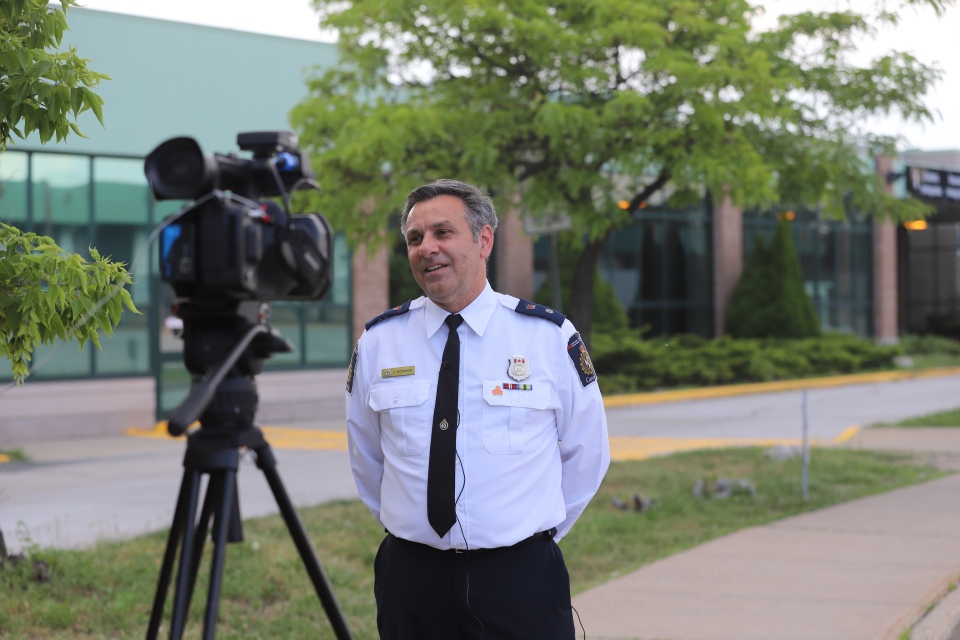 The travel restrictions came through during March break, so they had to get Canadians home safely.

“I was really proud of my staff because they really stepped it up,” says McMahon. “They were scared too, there was a lot of unknowns for all of us.”

He says the staff members had their own challenges that they were dealing with at the same time.

There was a slight lull in traffic at the beginning of the pandemic before several federal essential exemptions were put in place. Faced with increased border restrictions and COVID-19 protocols, McMahon says over the last 15 months as things changed, they changed with it.

“Our bigger mission was to keep everyone safe,” he adds.

Over 270 people work at the Ambassador Bridge for CBSA.

Jeff Gilmore, CBSA chief of operations at the Ambassador Bridge says they have remained busy.

“We still have had the highest travel volumes coming through the Windsor-Detroit border with the Ambassador Bridge being number two and the Windsor tunnel being number three,” says Gilmore. Even though their jobs changed over the past year with COVID, the regular duties of seizures also continued.

The border will remain closed to non-essential travel until at least June 21.