'The barricades should never have been there in the first place': Residents react to reopening of Erie Shore Drive after 2.5 years

'The barricades should never have been there in the first place': Residents react to reopening of Erie Shore Drive after 2.5 years

The Municipality of Chatham-Kent has started removing concrete blocks and clay from the westbound lanes of the rural road.

According to a Chatham-Kent news release, fewer flood events and lower lake levels observed by the conservation authority have prompted their decision to restore two-way traffic.

They say an engineering report concluded, “such measures are no longer required since the critical level is not anticipated to be exceeded over at least the coming year.”

The westbound lane has been restricted since March 2020, “due to the substantial risk of conditions developing that would render the Erie Shore Drive dyke unstable with progressive failures potentially leading to a significant breach” the news release reads.

“The barricades should never have been there in the first place,” resident Trevor Dixon told CTV News Friday. “The problem wasn't there. It was on the lake side.”

UPDATE: Erie Shore Drive Reopening
This week, Public Works has begun to remove the concrete blocks installed to temporarily block and deny passage along Erie Shore Drive, and it will again accommodate two-way traffic and return to its previously posted speed limit of 40 km/hr. pic.twitter.com/ZDGZlUUGUm

Dixon says the residents found out Monday morning council would be having the discussion that evening.

“Tuesday morning the trucks are here at seven o’clock in the morning.” Dixon said.

By mid-day Friday, it appeared more than half of the roadway was cleared of blocks and clay.

“So maybe they (the municipality) have a spot for the clay and the blocks.” Dixon said. “I have a great spot for the blocks. They don't even have to move them. They can just leave 'em here and we'll put them where they're supposed to go in the first place.”

Dixon fears if lake levels start to rise again, they’ll be right back to where they were in 2020 when flooding forced a voluntary evacuation and state of emergency declaration.

“I think we're prematurely doing this,” Pinsonneault said in Monday’s council meeting. “Mother Nature she can change. It (water levels) went down this much in one year. It can go back up that much in one year. And then we're going to be in panic mode. And we're right back where we were to try to save the dyke.”

The motion to remove the blocks was approved by council by a vote of 15 to one. 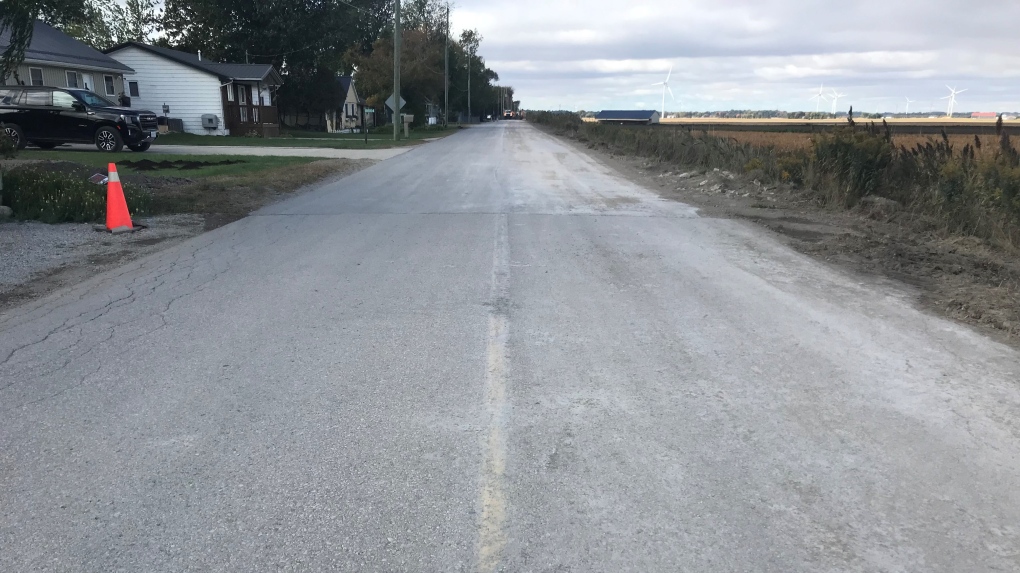 Work is underway to restore two-way traffic on Erie Shore Drive in Chatham-Kent, Ont. on Friday, Oct. 7, 2022. (Michelle Maluske/CTV Windsor)Another resident who did not wish to be identified told CTV News Friday they are thrilled traffic is being restored to two lanes but says they aren’t confident the dyke is perfectly safe.

Terra Cadeau, president of the Erie Shore Drive Property Owners’ Association declined to comment Friday because they have launched “legal action” against the municipality.

According to a news release on their website, 80 members of the association are seeking compensation for repairs they have paid for out of pocket.

The members also hope the municipality will repair the shoreline to protect their properties.

Meantime Dixon doesn’t think there will ever be a solution, saying he feels like “the dyke road people” will always be a problem for the municipality.

“You know, I've heard from friends and neighbours (who say) ‘you know, you shouldn't ever have lived there, you should never have bought there’. Well, guess what? We did!” Dixon said to CTV News. 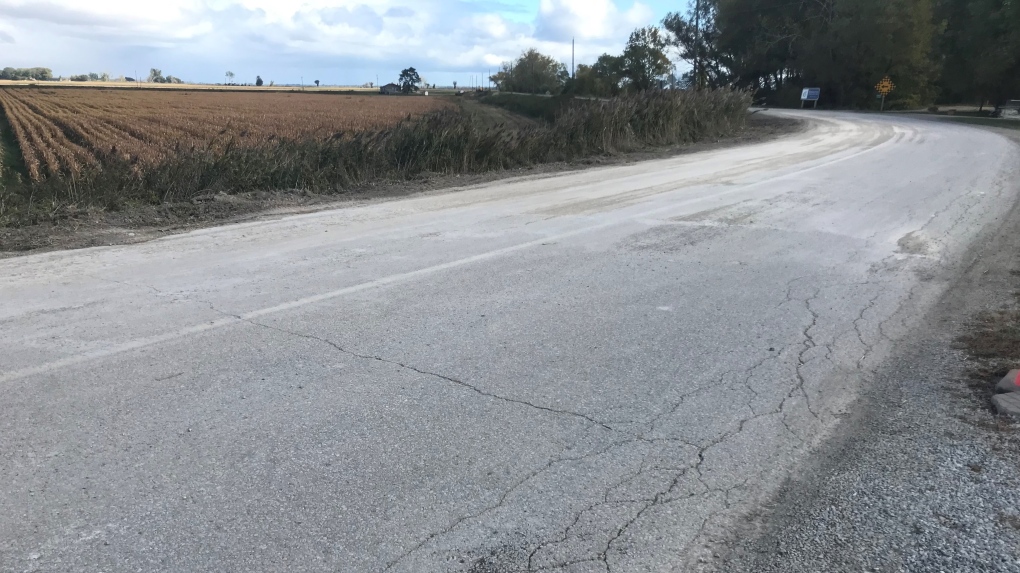 Smith tables controversial sovereignty act, which is 'likely' to survive in court

The Bank of Canada lost $522 million in the third quarter of this year, marking the first loss in its 87-year history. In the central bank's latest quarterly financial report, it says revenue from interest on its assets did not keep pace with interest charges on deposits at the bank.

Ten food trend predictions for 2023, according to Yelp

What trendy things will we be eating and drinking next year? Predictions for the top 10 food and beverage trends of 2023 were revealed recently by review site Yelp.

When a B.C. metal artist was asked to create a giant sculpture with Elon Musk's head on the body of a goat riding a rocket he had no idea who would want to create such a thing or why.

A disciplinary case was opened against Croatia at the World Cup on Tuesday after the team's fans taunted a Canada player with Serbian family ties.

San Francisco will allow police to deploy robots that kill

Supervisors in San Francisco voted Tuesday to give city police the ability to use potentially lethal, remote-controlled robots in emergency situations -- following an emotionally charged debate that reflected divisions on the politically liberal board over support for law enforcement.

Thousands asked for it while he was leader and now Jason Kenney has done it, announcing his resignation as a member of the Alberta legislature on social media Tuesday.