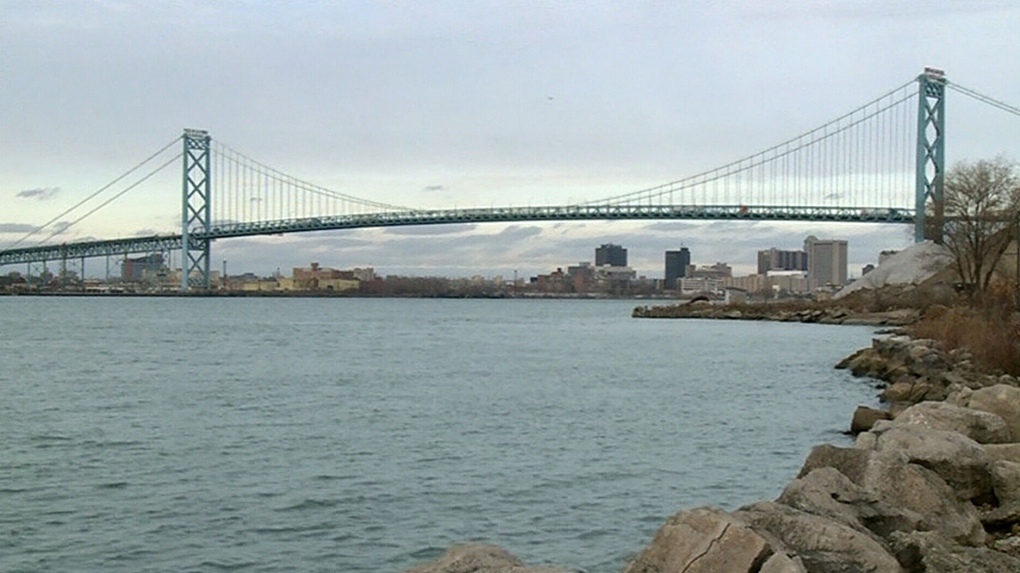 Tests at a Michigan industrial site where limestone construction aggregate recently spilled into the Detroit River turned up no indication of excessive radiation levels, a state agency reported Friday.

"Today's testing confirmed there is no elevated radiation risk to health or the environment associated with the collapse," the state agency said in a statement.

The company stores and provides material for road construction, according to its website. It did not respond to phone and email messages from The Associated Press.

The release happened Nov. 26, although the state agency didn't learn about it until Wednesday, Assendelft said. The company wasn't required to report it because the aggregate is not a hazardous material, he said.

The aggregate was piled along a seawall, part of which collapsed, he said. The cause is undetermined, although one possibility is erosion on the swollen river -- part of the natural channel linking Lakes Huron and Erie, which with the other Great Lakes are experiencing the highest water levels in decades.

The company was still trying to measure how much of the crushed limestone flowed into the river but provided a tentative estimate of 8,500 cubic yards, Assendelft said.

The site formerly was occupied by the Revere Copper and Brass Corp., which produced uranium materials in the 1940s and 1950s. That company was a subcontractor for the Manhattan Project, which developed the atomic bomb during World War II, according to U.S. Department of Energy documents.

Staffers with the stage environment department tested for radiation in numerous spots near the river and elsewhere on the property, recording more than 1,000 data points.

Naturally occurring radiation levels in Michigan typically range between 5 and 8 microroentgen per hour (Ur/hr). Testing found background levels at 4 Ur/hr at points farthest from the river and 3 to 5 Ur/hr closer to the water -- including inside crevasses opened by the collapse, the statement said.

The inspectors also took water samples from the river offshore from the spill site as well as upstream and downstream. They will be analyzed for industrial contaminants including suspended solids, uranium and other metals, and PCBs.

The spill isn't expected to endanger drinking water quality, according to the Great Lakes Water Authority, which provides water and sewage services for the Detroit metro area. The agency has two intake pipes in the river but both are several miles from the spill location.