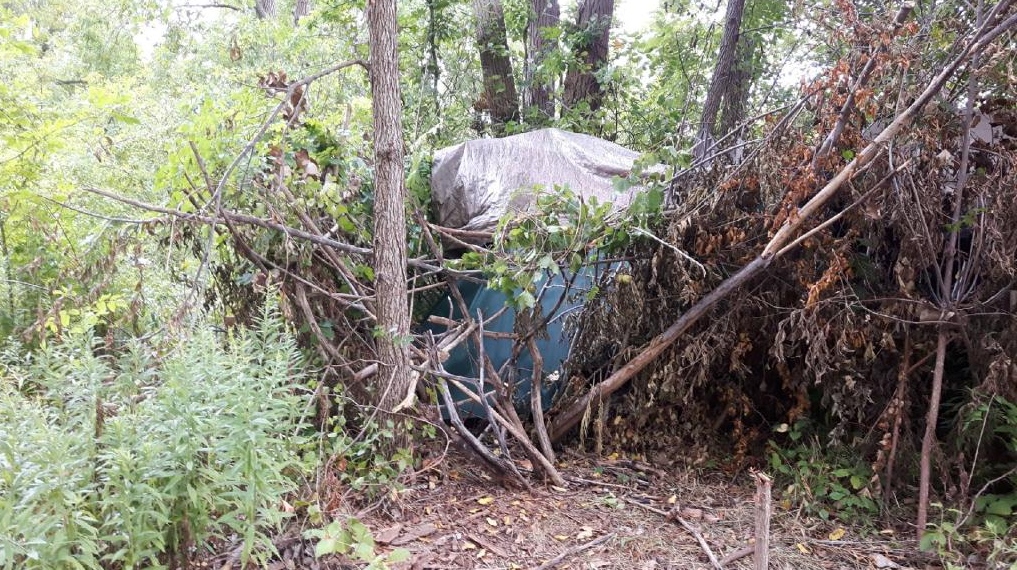 The idea of a tent city has been tabled to help deal with the growing problem of homelessness in Windsor.

The idea was discussed during a special brainstorming session at city hall Wednesday with representatives from the city, Windsor Police, Hotel-Dieu Grace Healthcare, Street Help, the Salvation Army, the Downtown Mission and the Canada Mental Health Association.

Officials say the meeting was prompted by an increased numbers of calls in the past month to the city about residents feeling uncomfortable about what they are witnessing -- from abandoned shopping carts, to drug abuse to petty property crimes.

The director of Street Help, Christine Wilson-Furlonger, tells CTV News there are two short term options being considered – and one is a communal building.

“The one that I like is keeping people indoors in a large building, having the Windsor Police to maintain the law and order there,” says Wilson-Furtlonger. “Having social workers to focus on the immediate needs of people one on one with them.”

Wilson-Furlonger  says they also discussed the idea of a tent city.

“Where we can accomodate people with porta johns and a warm enough tent that they can actually survive through the winter, with very warm sleeping bags,” adds Wilson-Furlonger.

She feels either would help to remove homeless people off city streets.