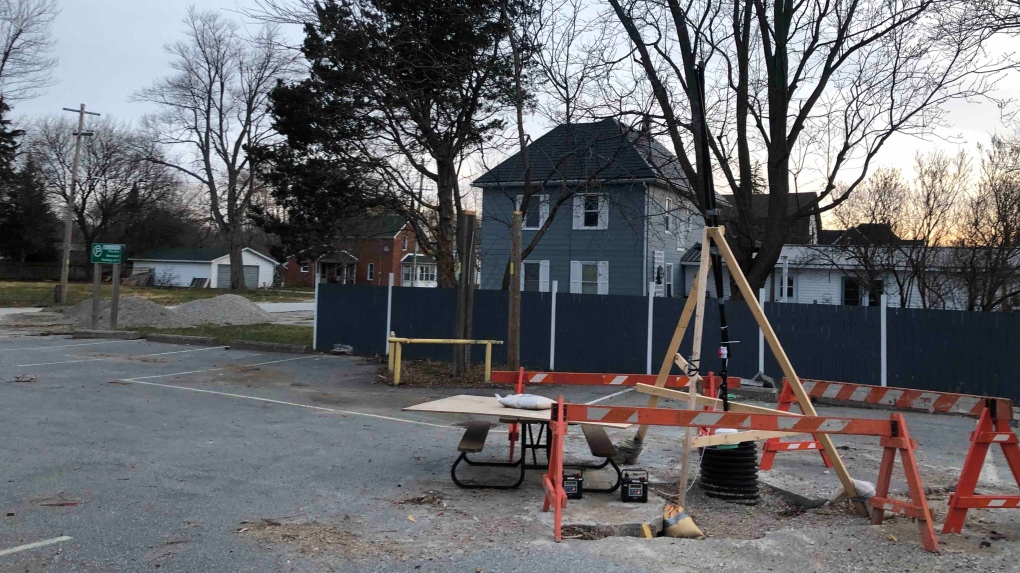 Demolition work is scheduled to begin in the evacuation zone in Wheatley, Ont. (Courtesy Municipality of Chatham-Kent)
Windsor, Ont. -

Temporary access for homeowners to enter their properties in the Wheatley evacuation zone has been suspended as demolition work in the area is set to begin.

Chatham-Kent officials say 16 homeowners were able to gain access their properties over the past weekend.

As of Tuesday, hydro poles and lines have been removed near the site of the Aug. 26 downtown explosion to clear the way for demolition work to start. The contractor is on site and is now mobilizing equipment for the next stage.

The goal for the next phase of the investigation is to confirm the presence of a lateral pathway between APEC 1 and 2 and to ensure there are no other sources of gas in the area, officials say.

Buildings at 19 and 15 Erie Street North and 9 Talbot Trail West will be evacuated. Evacuations will then take place at APEC 1 and 2 two look for any sub-surface infrastructure that could be acting as a pathway and to check if another gas source is present.

Officials say all work on-site is performed following a health and safety plan developed by expert engineering consultants, and the safety of the public as well as staff and contract is the number one priority.