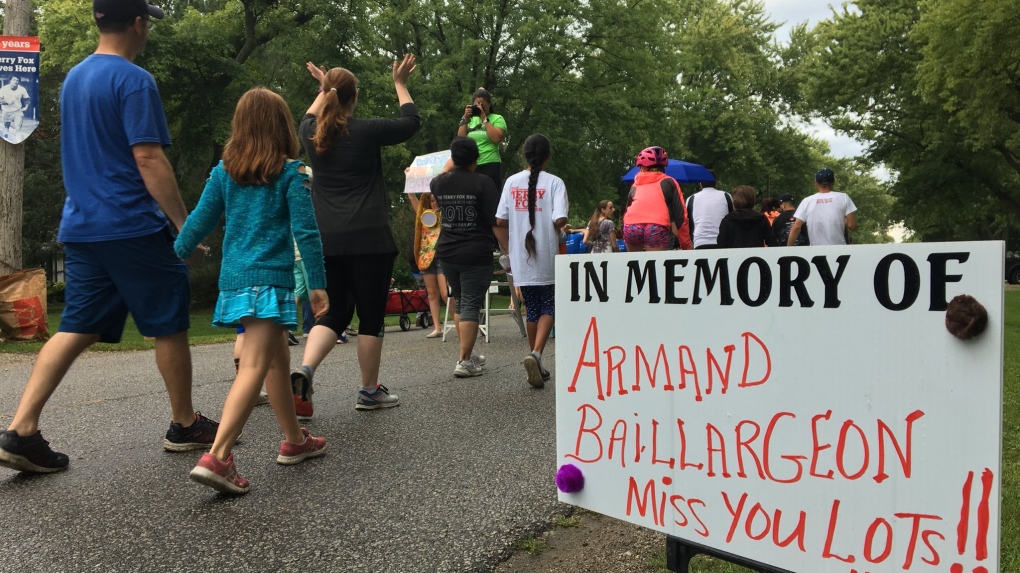 Organizers are pleased with the amount raised in this year’s Terry Fox Run in Tecumseh.

“We had an amazing day at the Tecumseh Terry Fox Run,” says Wright. “We look forward to next year’s 40th anniversary run.”

The participants gather each year to walk, run, cycle or wheel along a two, five or 10-kilometre route in St. Clair Beach.

The money goes towards cancer research and programs.

The event raised $105,000 last year and organizers are hoping to top that total this year @CTVWindsor pic.twitter.com/oIp5ACsT8m