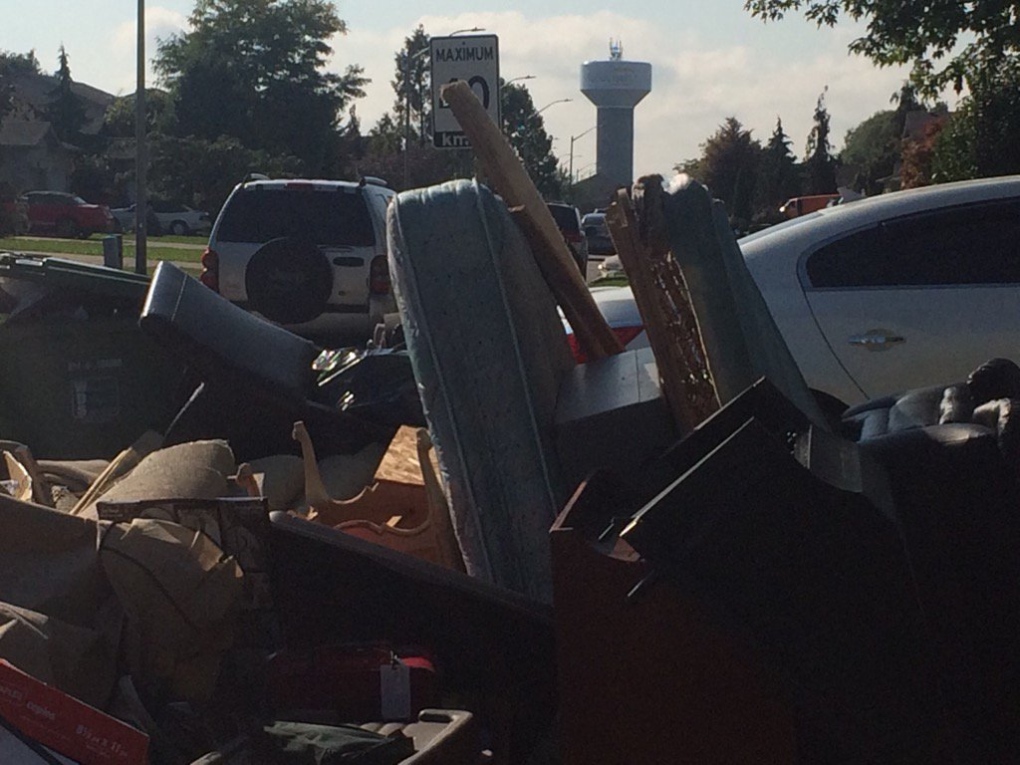 Debris left over from the flooding in Windsor and Tecumseh. (Michelle Maluske / CTV Windsor)

The Town of Tecumseh is planning more work on its sewers to help prevent water in sanitary lines from backing up into people's homes.

He adds the money will help locate foundation drains on older properties and pay for new lines to direct storm water into the appropriate system.

Since 2009, Piesic notes the town has spent a total $20 million to upgrade its sewer system as part of a 10 year plan.