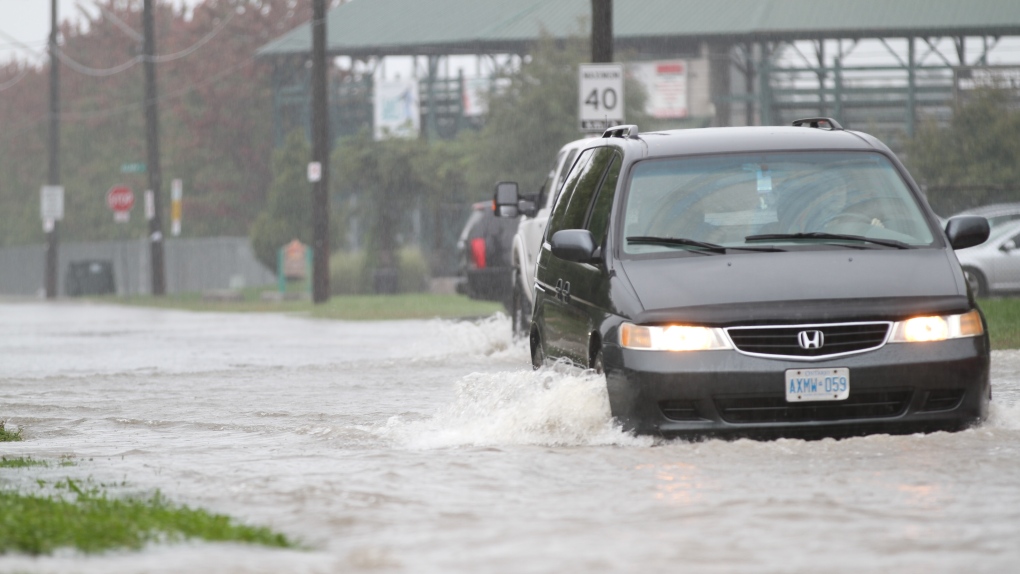 Vehicles struggled to get through flooded streets in Windsor and Tecumseh, Ont., on Thursday, Sept. 29, 2016. (Melanie Borrelli / CTV Windsor)

Tecumseh Mayor Gary McNamara says property owners should find it easier to get flood insurance since the town is taking action to mitigate the impact from too much rain.

Since 2011, Tecumseh has spent nearly $50 million on a storm mitigation strategy.

Some of that money has been spent on residential controls, like downspout disconnection and back-flow valves.

McNamara says they could spend an additional $30 million, but they won’t know how much until they get the report.

McNamara says the measures seem to be working, as the number of property owners who reported flooded basements after last year's major rain event was 144 - compared to 2,500 following a storm in 2016.

A new storm water management master plan is expected to go before council before the end of October. It will likely require further investment for more retention ponds.

He says the town will continue to push insurers to provide more coverage in communities which are taking measures to prevent flooding.