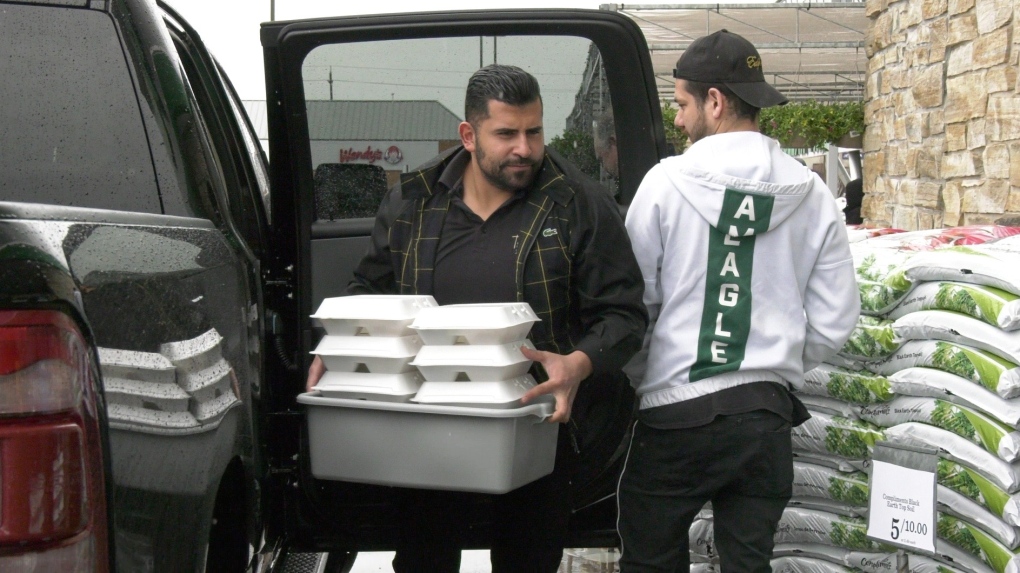 WINDSOR, ONT. -- Workers at Sobey's in Tecumseh were extremely thankful to be part of a new initiative after a special delivery from Tabouli Lebanese Cuisine.

Restaurant owner Eddy Hammoud has launched a campaign called “Adopt An Essential Worker” and kicked it off by dropping off 50 containers of food for lunch at Sobey’s on Wednesday.

Hammoud said he wanted to step up and do his part to touch the lives of those working the front line of this pandemic.

"I see the stress levels,” said Hammoud. “I always ask customers, "How's your day? I can see it in their eyes. They're tired. They're exhausted so let's cheer them up. Let's tell everyone in the community that we care about them.”

As part of the Adopt An Essential Worker initiative, Hammoud is raising money to help feed healthcare workers at hospitals and long term care facilities.

"I wanted to do a grocery store as my first establishment," said Hammoud. "Why? Because I wanted to cause an awareness that they're also working hard and putting a lot of effort in.”

Store manager Rob Hayes said he was happy after receiving the initial call from Hammoud wanting to feed his staff.

"It's great that he wants to go the extra mile and recognize what everybody is doing,” says Hayes. “It's amazing. It's a great feeling. We really appreciate it.”

Hammoud is hoping to have a calendar online by the end of the week showing who and how many people his staff is feeding. Anyone interested in helping can check out the details on their Facebook page.