Tanker truck rolls over on Highway 401 near Chatham 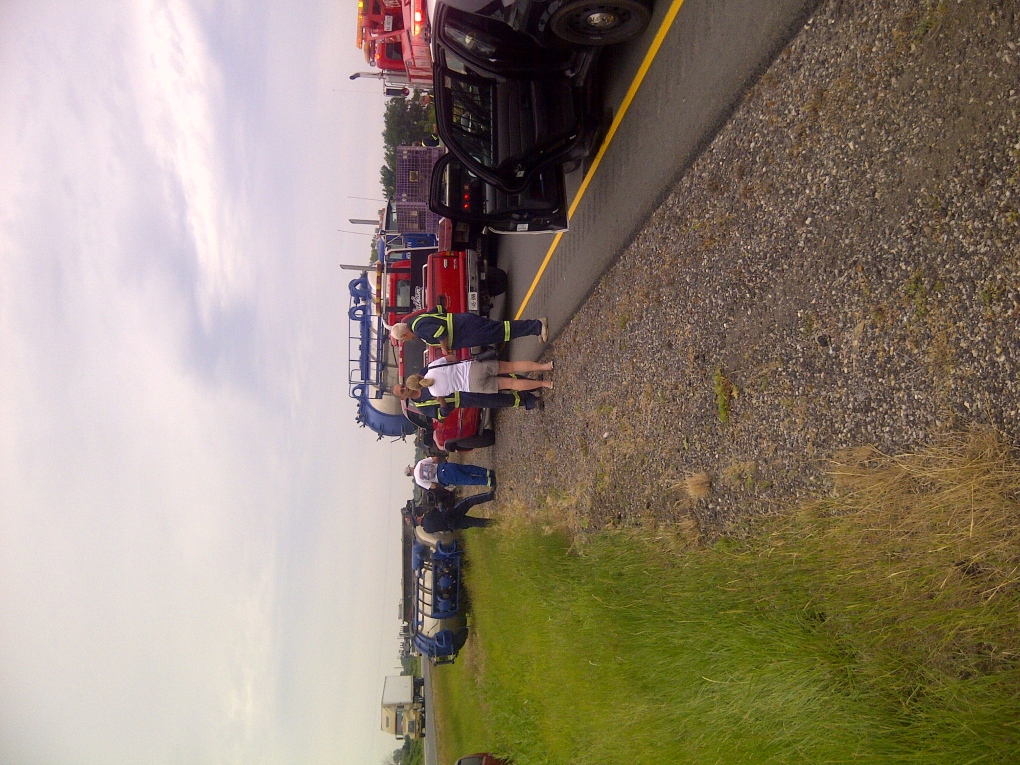 A tanker truck flipped over on Highway 401 near Bloomfield Road, photo by Chatham-Kent OPP.

The westbound lanes of Highway 401 near Chatham were closed for several hours after a tanker truck rolled over Tuesday morning.

Chatham-Kent OPP were called to the rollover west of the Dillon Side Road at 10:52 a.m.

Police say a tractor-tanker hauling coolant on the eastbound 401 blew a front tire.  The truck then drove through the median and the tanker rolled on its side, coming to rest across westbound lanes.

The driver of the rig, a 37-year-old LaSalle man, managed to steer clear of a westbound minivan.  The minivan driver also took evasive action and drove into the median to help avoid a collision.

A small amount of diesel spilled and was contained at the scene, say police.

“Both drivers did an outstanding job, by keeping a heads up approach and maintaining control of the vehicles they likely avoided a more serious collision,” says Staff Sgt. Brad Coulbeck.

The 401 westbound at Bloomfield Road was closed while 50,000 lbs. of coolant was off loaded from the tanker.