'Take Back the Night' event hits the streets of Windsor, Ont.

'Take Back the Night' event hits the streets of Windsor, Ont. 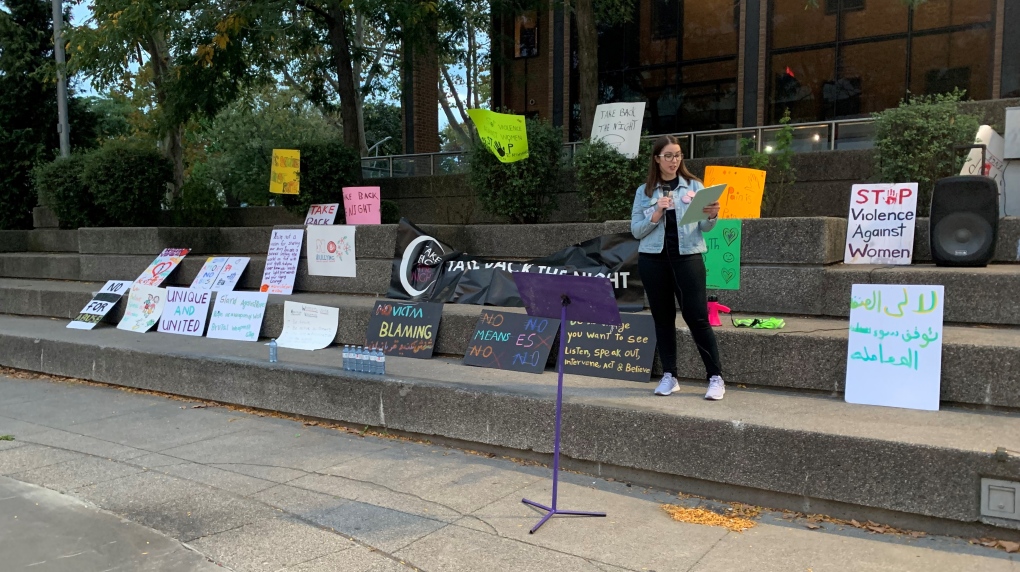 More than 150 people gathered in downtown Windsor, Ont. on September 23, 2022 during the annual Take Back the Night event, raising awareness against sexual violence and domestic violence against women. (Taylor Choma/CTV News Windsor)

People filled the streets of downtown Windsor on Friday evening in order to “Take Back the Night” and shed a light on sexual violence and domestic violence against women.

More than 150 people attended the annual event on Friday night, marking the first time the event has occurred in person over the last three years.

Participants gathered at Charles Clarke Square before marching around the streets in downtown Windsor.

Take Back the Night is a global event aimed at raising awareness against sexual violence and domestic violence against women.

“We all have a collective obligation to each other as citizens of the world to protect each other, to look out for each other, and to support each other when violence happens,” says Shelley Gilbert, one of the event organizers.