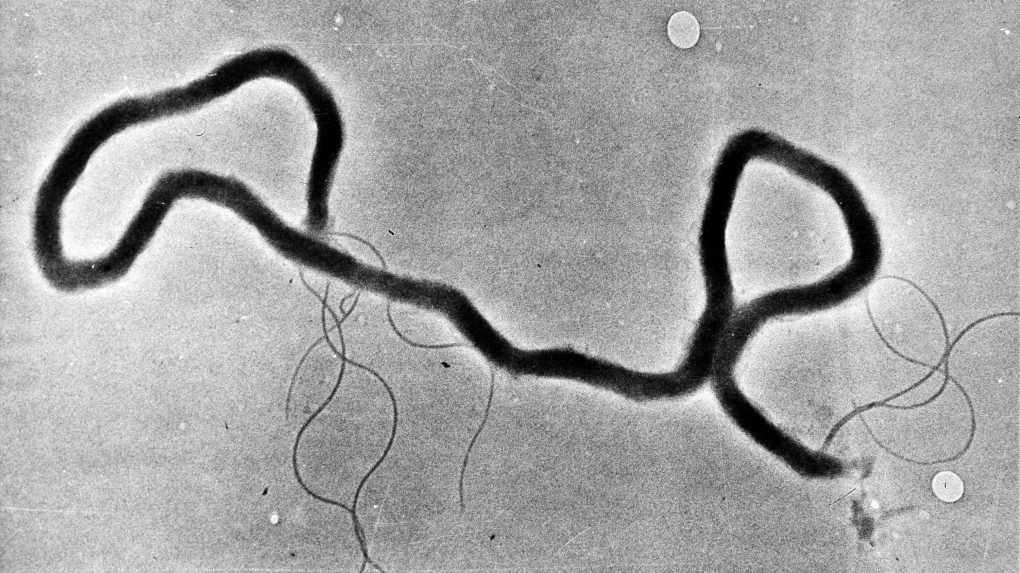 In this May 23, 1944 file photo, the organism treponema pallidum, which causes syphilis, is seen through an electron microscope. (AP Photo)

WINDSOR -- The number of syphilis cases in the Windsor-Essex has risen significantly over the last two years, according to new information released by the health unit.

Dr. Wajid Ahmed, the chief medical officer of health with the Windsor-Essex County Health Unit, said his staff discovered a 103 per cent increase.

He announced the findings at the health unit’s board meeting on Thursday night.

The health unit stated last year there were 81 cases in the region during its board meeting on Thursday night. Dr. Ahmed called the number of cases significant.

His department has found the increases to be among people who have had multiple sex partners in the last six months. He said high-risk groups include men having sex with other men and the younger generation.

“We have done a lot of work on educating people on safe sexual practices,” said Dr. Ahmed, but he added the trend is changing as people engage in high-risk sexual activities without using proper protection.

According to the health unit’s website, syphilis is spread through contact with a contagious sore or rash during unprotected sex.

The health unit is also noticing a rise in cases of other sexually transmitted infections, like chlamydia and gonorrhea.

Dr. Ahmed said his staff have started to reach out to medical professionals to provide information and resources to catch syphilis in its early stages.

Syphilis is curable, but left untreated it can eventually affect the function of the lungs, heart or brain, and can even cause death.