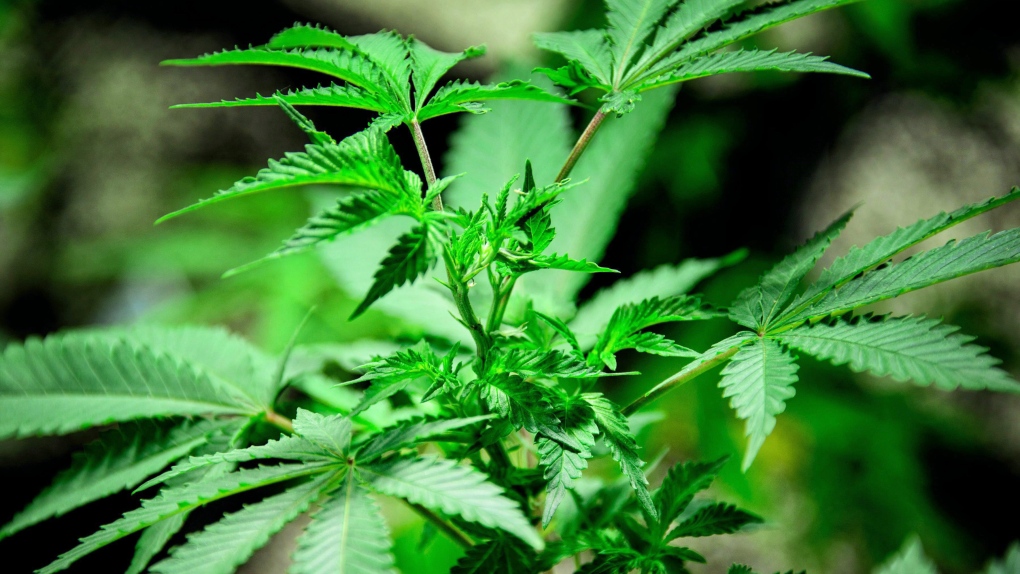 A marijuana plant grows at a Minnesota Medical Solutions greenhouse in Otsego, Minn., Tuesday, May 5, 2015. (THE CANADIAN PRESS/AP-Glen Stubbe/Star Tribune)

Police were called Sunday morning about a suspect in the McNaughton Avenue and Sandys Street area walking barefoot and carrying the plants.

Police say the suspect was intoxicated by alcohol and was placed under arrest.

Officers determined the plants were taken from a nearby home.

The accused is charged with break and enter to commit an indictable offence and possession of property obtained by crime under $5,000.

He was released and will appear in court on Sept. 10.