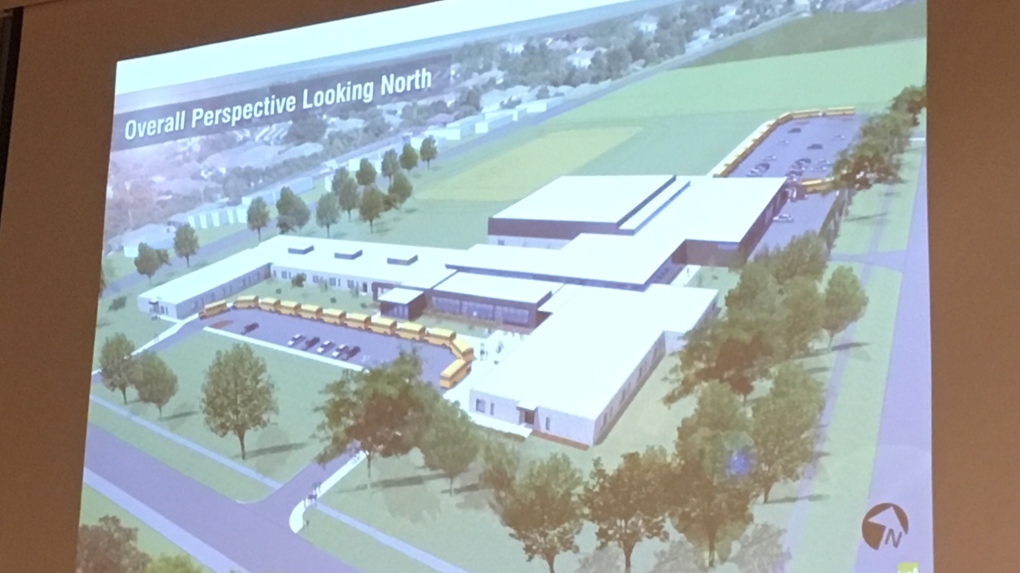 Concept drawing of new Amherstburg high school at the board meeting in Windsor on Jan. 9, 2020. (Chris Campbell / CTV Windsor)

Construction on the school started in November at the former Centennial Park on Simcoe Street.

The school will be built for 819 students combining General Amherst and Western secondary schools.

Now, the board has released a survey on its website asking residents to help with the name selection.

Questions include should the geography of the area, its history or its historical figures be included in the name.

They survey will be open for three weeks.