Summer camps will have a different look this year 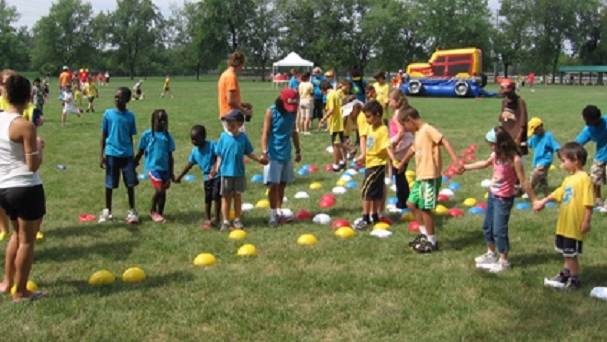 Children have fun during an outdoor game at a summer day camp in Windsor, Ont. (Courtesy City of Windsor)

WINDSOR, ONT. -- Summer camps across Ontario are permitted to open with strict health measures, but many in the region won’t be, and those that are will look very different from previous years.

For the young creative minds at Windsor’s Film Camp for Youth and Kids, summer break is a time where their imagination becomes a reality.

“We would start off with teaching writing and screenplay formatting, how to generate story ideas,” said camp instructor Jacob Skrzypa.

Campers at the film camp dedicate a whole week to learning the ins and outs of film making. From lighting, to shooting, the magic happens in the 6,000 ft. studio. However, due to COVID-19, it’s off limits as the camp goes virtual.

“We’re going to have to teach them to use what they have, get really creative, and more creative maybe,” Skrzypa said. “Creating own costumes and backdrops.”

There’s no more fancy equipment, instead only live tutorials done online. Then youth are tasked with creating a film using whatever resources they have on hand.

“You might learn a little more because it is kind of in a way, be independent and taking what you learned and apply it,” he said.

The Town of LaSalle is also trying out a virtual summer camp where children participate in two 30-minute video calls each day. Each call is filled with activities.

“There will be an activity, a suggested activity that they can take with them, complete that in the morning then when they come back to the afternoon call,” said Town of LaSalle recreation manager Patti Funaro. “The group can talk about what they did in the morning.”

As for other local camps across the region, Lakeshore has cancelled camps and Windsor hasn't decided yet. In Tecumseh and Chatham-Kent, programs are postponed until further notice. The University of Windsor is working on virtual options.

For those young filmmakers in the making, this COVID-19 pandemic isn’t going to put a pause on their masterpiece.

“At the end there’s this cool little film that is so uniquely theirs and you just see the reaction on their face,” Skrzypa said.