Studio 4 items to be auctioned off as building gets demolished 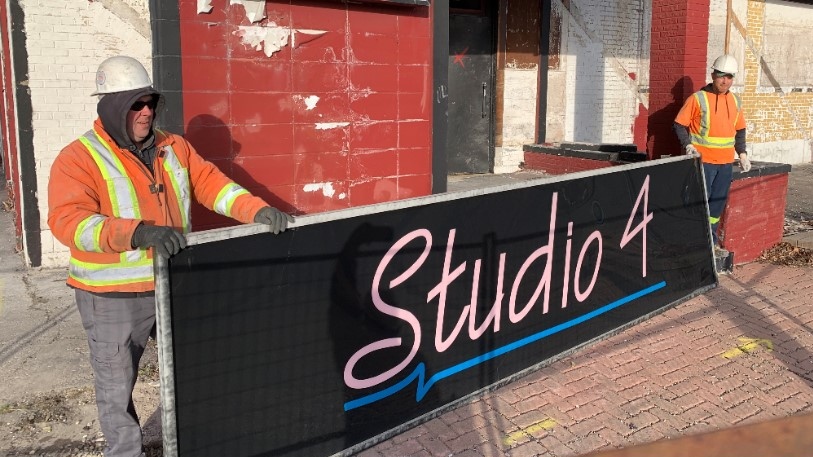 WINDSOR, ONT. -- A Windsor strip club is coming down on Thursday, but some items will be available for auction.

This site adds to the existing 8.48 acre development land owned by Westdell located at 1475 Huron church.

Joe Gagnon of Gagnon Demolition says they are planning to auction a number of items from the property with a portion of the proceeds going to local charities.

“It’s been a landmark in the community for a long time, coming right across from the border, everybody knows it, everybody knows the sign with the girl,” says Gagnon. “We’re going to be auctioning off a few of those items online and the majority of the portion is going to charity.”

He says they will be available Friday after 12 a.m.

He expects it to take a week or two to demolish.

A news release from Westdell in January said the plans for the site are to create "meaningful development" that will enhance the Windsor area.

The property is located 2.7 kilometres from the Ambassador Bridge. Westdell said it is in a strategic location in a well-established area of Windsor in close proximity to major highways, the University of Windsor, and the U.S. border.